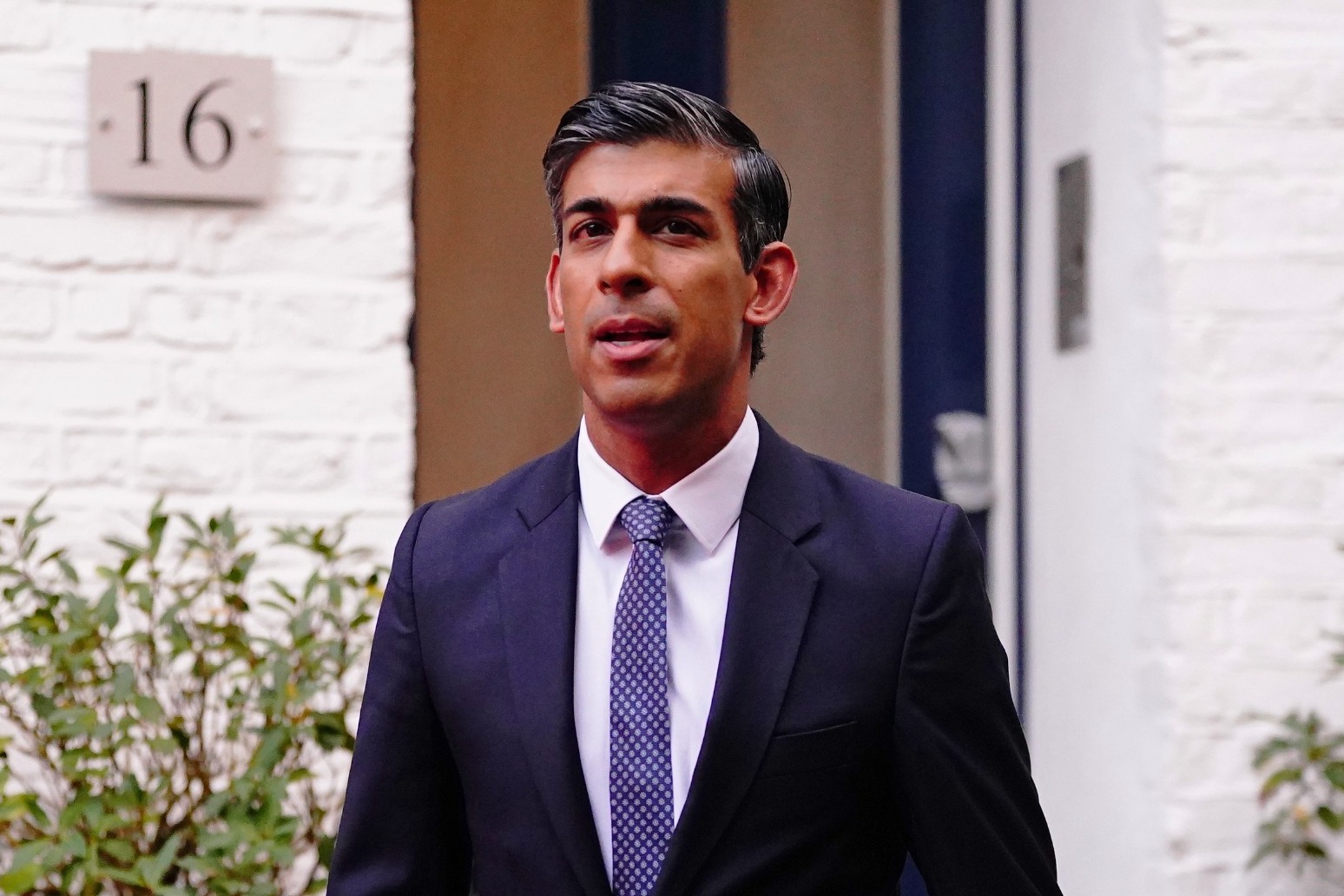 Rishi Sunak has become the firm frontrunner to be the next prime minister after Boris Johnson ended his comeback bid and rival Penny Mordaunt battled to win sufficient support from Tory MPs.

Mr Sunak, a former chancellor, swiftly hit the threshold of 100 nominations from Conservative colleagues ahead of the deadline of 2pm on Monday.

Ms Mordaunt appears far behind but allies insist they are “confident” she will hit the target, which would see the Commons Leader face off against Mr Sunak in an online ballot of Tory party members.

But if she fails Mr Sunak will effectively receive a “coronation” from Conservative MPs and quickly succeed Liz Truss as prime minister – seven weeks after he lost out to her in the last contest.

A Government source said the new prime minister could be in place as soon as Monday if the Tory leadership contest does not progress further.

The pound, after a torrid time under Ms Truss, continued to rise and the gilt market cooled, making it cheaper for the Government to borrow money, as Mr Sunak edged towards No 10.

Mr Johnson had returned home from a Caribbean holiday as he plotted a return to No 10 less than two months after being ousted following a series of scandals, but later ruled out standing.

In a statement on Sunday evening, he said there was a “very good chance” he could have been back in No 10 by the end of the week if he had stood but admitting he could not unite his warring party.

His efforts to “reach out” to his rivals – Mr Sunak and Ms Mordaunt – to work together in the national interest had not been successful, he said, so he was dropping out.

He lagged far behind Mr Sunak in public declarations of support but claimed to have amassed at least 102 nominations.

Ms Mordaunt, who has around 26 public supporters, will be trying to convince Johnson-backers to come over to her side but Mr Sunak appeared to be the immediate beneficiary.

Foreign Secretary James Cleverly called for colleagues to back Mr Sunak as the candidate with the “most experience” and former Cabinet minister Michael Gove said the Tories must “unite behind” Mr Sunak.

But a Mordaunt campaign source said they were “very close” to the target and “confident” they would hit it.

A spokeswoman added: “Penny is speaking to colleagues from across the party. She’s getting the numbers and she’s in it to win it.”

Conservative MP Damian Green told BBC Radio 4’s Today programme: “We’re confident of getting to 100 before the deadline of 2pm and putting the case to colleagues that Penny is the person best positioned to unify the party, she’s got support from all wings of the party already and we can then get on with the important job for the country of the various serious problems we’re facing.”

Victory for either Mr Sunak or Ms Mordaunt will mean the Tories are on to their third prime minister since they won the 2019 general election under Mr Johnson’s leadership.

Veteran Tory Sir Christopher Hope joined Labour in demanding a fresh general election, arguing it is the only solution for the next leader now the Conservative Party is “ungovernable”.

The MP for Christchurch in Dorset, which he held last time with a near-25,000 vote majority, told Today: “The best way they can get that respect is by winning a mandate with the people, and that’s why I think a general election is essentially the only answer, otherwise we’re just going to go from bad to worse.

“The party is ungovernable in the House of Commons and so we’re going to have continuing rebellions as we try to change policies and so on, and so I must say I’m very pessimistic, I’m very angry, and I feel that Boris has been let down once again and undermined by our parliamentary colleagues.”

If Ms Mordaunt does win enough support to make the next stage, MPs will decide which of the two candidates they prefer in an “indicative” vote.

There will then be a final online poll of party members to decide the outcome, with the result due on Friday – unless one of the candidates pulls out.

Ms Mordaunt could find herself under pressure to withdraw if she finishes a long way behind Mr Sunak in the poll of MPs – should it go to a vote, even though she is popular with the Tory grassroots.

At the same time, however, many activists – many of whom loathe Mr Sunak for his role in bringing down Mr Johnson – will be furious if they are denied a say in the contest.

In a statement on Sunday evening, Mr Johnson said he had been “overwhelmed” by the support he had received from people urging him to run just weeks after being forced out by his own MPs after one scandal too many.

If he had stood, he said there was a “very good chance” the members would have voted him back into No 10 by the end of week and that he would have been “well-placed” to lead the party to victory in a general election in 2024.

However, he said he had come to the conclusion that “this would simply not be the right thing to do”.

“You can’t govern effectively unless you have a united party in Parliament,” he said.

“And though I have reached out to both Rishi and Penny – because I hoped that we could come together in the national interest – we have sadly not been able to work out a way of doing this.

“I believe I have much to offer but I am afraid that this is simply not the right time.”

Some MPs were sceptical of his claim to have secured the 100 nominations needed to go forward, with the number of public declarations of support falling far short of that.

Some at Westminster suspected that he chose to withdraw rather than face the humiliation of having to admit he could not get the numbers. 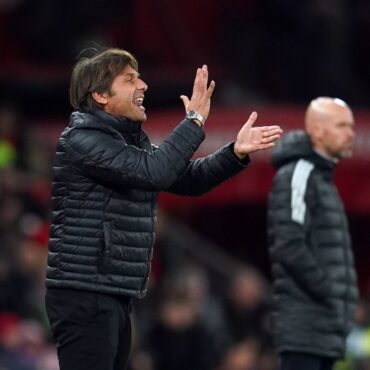 Antonio Conte has revealed Tottenham could remain without four key players for Wednesday’s visit of Sporting Lisbon. Cristian Romero (calf) and Pierre-Emile Hojbjerg (thigh) missed Sunday’s 2-1 home loss to Newcastle after they joined Dejan Kulusevski and Richarlison on the treatment table. Spurs are in the middle of a 43-day period where they play 13 matches and the Italian admitted other members of his squad will now totally rest ahead […]