Day of big upsets in FA Cup third round 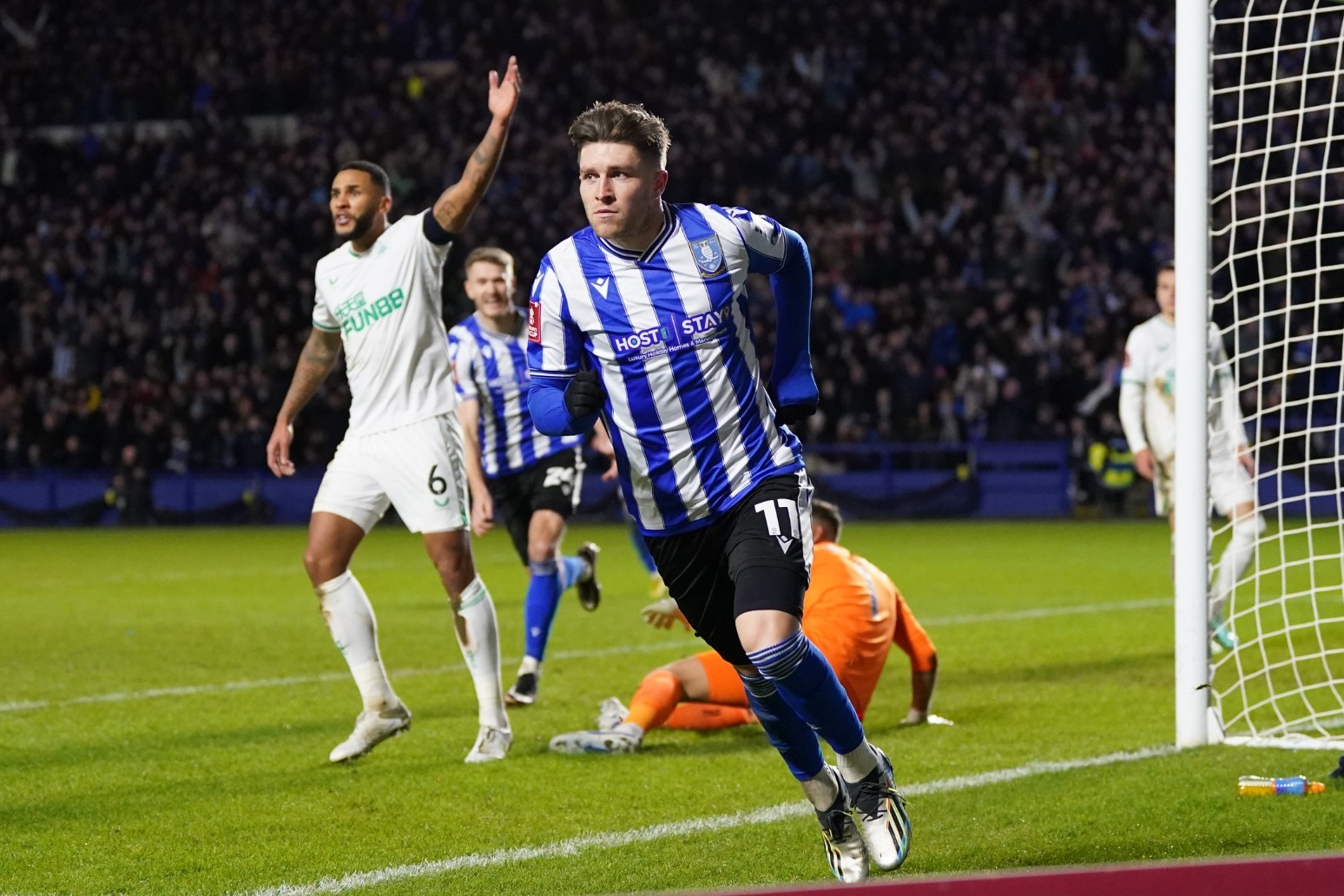 Premier League sides Newcastle United and Nottingham Forest are both out

Josh Windass scored twice as Sky Bet League One Sheffield Wednesday pulled off the shock of the FA Cup third round with a 2-1 win over Premier League high-flyers Newcastle at Hillsborough.

Windass fired the Owls in front early in the second half – with replays showing he appeared to be offside, but there was no VAR to check – and then struck a second in the 66th minute when he ran clear to slot past Martin Dubravka.

Newcastle – who sit third in the Premier League table following millions invested after the club’s Saudi-backed takeover – pulled a goal back through Bruno Guimaraes from a corner.

Windass crashed a 25-yard free-kick against the crossbar before Newcastle substitute Chris Wood blazed a late chance over as the Owls held out for a memorable victory.

Vanarama National League promotion chasers Wrexham produced another upset with a thrilling 4-3 win at Championship Coventry, who finished with 10 men.

The Dragons, currently second in the table, raced into a 2-0 lead through early goals from Sam Dalby and Elliot Lee.

Ben Sheaf pulled a goal back for the Sky Blues, who won the FA Cup in 1987, but midfielder Thomas O’Connor struck a third for the Welsh club during first-half stoppage time.

Just before the hour, Coventry saw defender Jonathan Panzo sent off for a handball in the penalty area, and Paul Mullin slotted in a fourth from the spot.

Substitute Viktor Gyokeres reduced the deficit with 20 minutes left and Kasey Palmer’s fine free-kick set up a tense final quarter-of-an-hour, but Wrexham held out for a memorable win.

Earlier, non-league Chesterfield were denied their own shock victory over West Brom, who hit a stoppage-time equaliser to snatch a 3-3 draw at the Technique Stadium.

Brandon Thomas-Asante had given the Baggies an early lead, but Tyrone Williams soon equalised for the Spireites, who are also chasing promotion to the English Football League.

Karlan Grant put West Brom in front again in the 17th minute, before Armando Dobra struck twice late in the first half to turn the match around.

Just when it looked like Chesterfield had done enough to hold out and reach the FA Cup fourth round for the first time in more than 25 years, Thomas-Asante struck again deep into stoppage time with a header to secure a replay.

Marvin Ekpiteta put the home side ahead following a corner in the 17th minute with Ian Poveda-Ocampo adding a second just after the hour.

CJ Hamilton drilled in a third with substitute Jerry Yates adding a late fourth before Ryan Yates headed in a consolation for Forest.

Non-league Boreham Wood are also in the pot for the fourth-round draw after they fought back to draw 1-1 against Accrington.

Ryan Astley had given the League One side the lead, but Lee Ndlovu’s header levelled things up in the second half.

League One Fleetwood booked their place in round four with a 2-1 win over QPR.

Sam Field had given the visitors the lead, but Aristote Nsiala headed in an equaliser before the break and Promise Omochere struck what proved to be the winner in the second half.

Earlier on Saturday, Harry Kane moved to within one of Jimmy Greaves’ goalscoring record as his second-half strike helped Tottenham beat League One Portsmouth 1-0.

The England captain played a neat one-two with Ryan Sessegnon before firing into the far corner five minutes after the restart to take his club tally to 265 goals.

The Argentina midfielder came off the bench in the second half and scored his first goal with a fine flick finish before adding another late on.

Southampton put their Premier League struggles to one side as they came from behind to win 2-1 at Crystal Palace.

Odsonne Edouard gave the hosts an early lead before Saints midfielder but James Ward-Prowse equalised ahead of the break when his sweeping free-kick dropped all the way into the net.

Adam Armstrong then tapped in the winner in the 68th minute after charging down an attempted clearance from Palace keeper Vicente Guaita to give Saints boss Nathan Jones only his second win in charge.

Sunderland scored twice in stoppage time through Ross Stewart and Luke O’Nien to come from behind and end the hopes of League One Shrewsbury at Montgomery Waters Meadow.

Kelechi Iheanacho’s second-half goal gave Leicester a 1-0 win at Gillingham, who are bottom of League Two.

Fulham won 2-0 at Hull, while Preston recovered to beat fellow Championship side Huddersfield 3-1 at Deepdale and Reading recorded a 2-0 win over a much-changed Watford.

First-half goals from Daniel Jebbison and Jayden Bogle helped Sheffield United to a 2-0 win at Millwall.

Elsewhere in Saturday’s ties which kicked off at 5.30pm, West Ham – also struggling for Premier League form – won 1-0 at Brentford where Said Benrahma came off the bench to score a fine long-range goal against his former club.

Wigan, bottom of the Championship, drew 1-1 against Luton at Kenilworth Road, while Lewis Richardson’s late goal gave Grimsby a 1-0 home win over League One Burton.

Forest Green’s tie against Birmingham had been postponed because of a waterlogged pitch following heavy rain overnight in Gloucestershire. 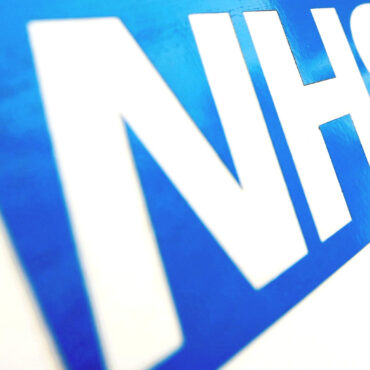 It comes as senior doctors say the NHS is on a knife edge The Prime Minister will host an NHS Recovery Forum, with experts from the health and care sectors convening in Downing Street on Saturday to discuss how to improve NHS performance and outcomes. The forum is set to focus on four crucial issues: social care and delayed discharge; urgent and emergency care; elective care; and primary care. It […]