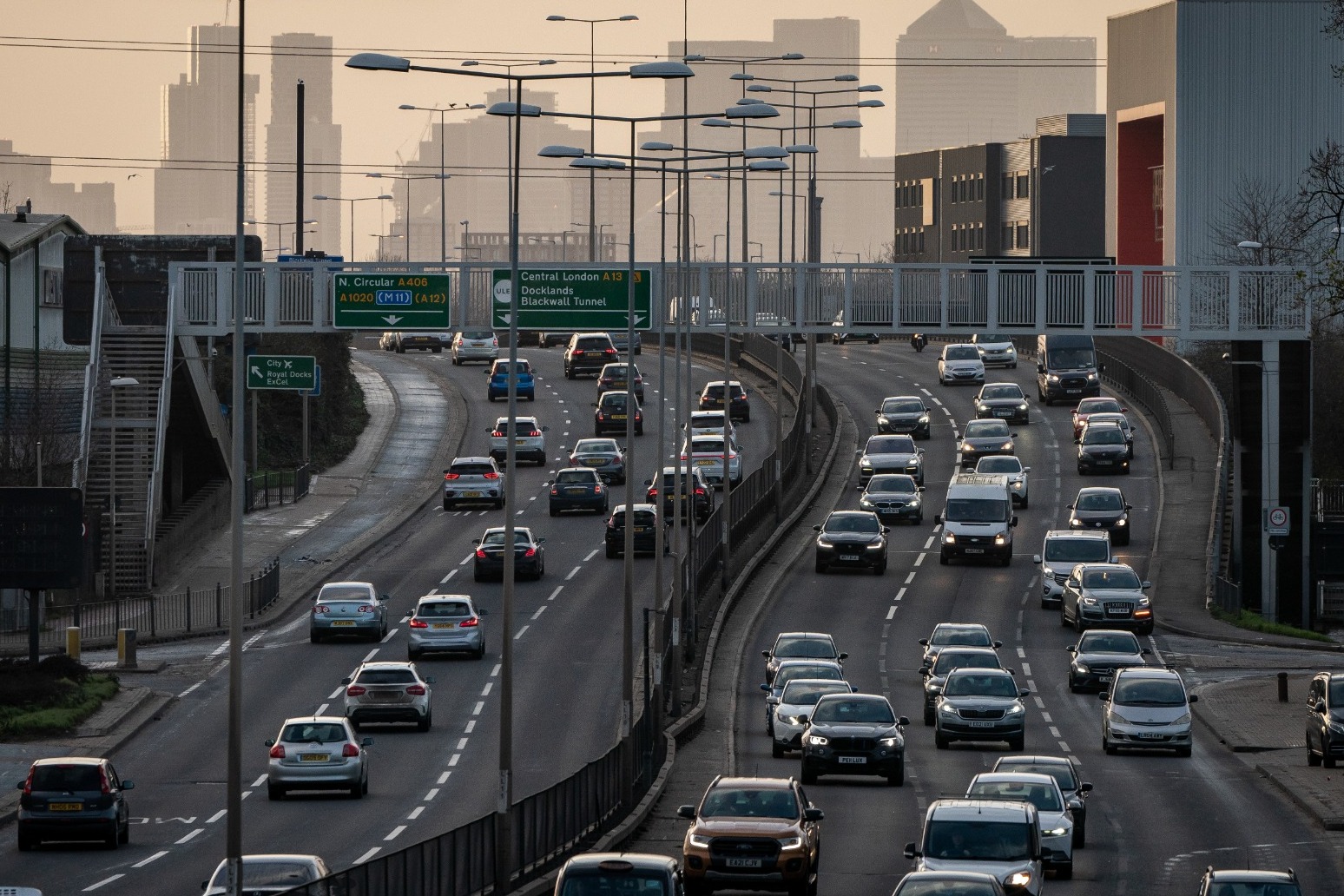 Warnings about the impacts of rail strikes on festive getaways were heeded by travellers resulting in little extra impact on Britain’s roads on Christmas Eve, a motoring organisation has said.

Motorway travel appears to have been smooth for most of the country, the AA said.

Some rail passengers faced delays as they rushed to get the last trains before Christmas Eve services came to a halt early due to industrial action.

The walkout by thousands of members of the Rail, Maritime and Transport union (RMT) at Network Rail meant trains stopped running early, and some routes had no services all day.

It had been expected the knock-on effect would see added pressure on the roads on what is normally a busy travel day as people head home or away for the holidays.

But an AA spokesman said it appeared people had taken on board travel warnings and made alternative plans.

He said there had been “pockets of congestion” on the some of the busiest motorway routes but that the level of disruption had not been as bad as might have been expected.

He said: “I was quite surprised at how freely the motorway traffic was moving.

“Between 10am and 11.30am when I was having a look at the motorways there was literally a handful of incidents on the major roads like the M25 and the M6 and most of those were leading to slow traffic.

“I think probably you’ve got a combination of people heeding the advice – I know that yesterday we had a look at some of the car hire availability at some of the major traffic hubs in London and some of them were showing on their websites that they didn’t have any vehicles available.

“It gives you an idea of what travellers were doing in response to the train strikes, obviously a lot of them were going for hire cars.

“Because the strikes and their potential impact were well telegraphed I think people had formulated alternate plans and that would seem to have been borne out today because there seems to have been relatively little disruption.”

Those who did take trains were seen gathered on the concourses of major stations including Euston in London and Birmingham New Street on Saturday morning.

Services to Crewe, Manchester Piccadilly, Glasgow Central and Birmingham International from Euston were all delayed with a limited staff presence as travellers waited anxiously with their luggage.

Some told of their frustration at short notice cancellations but others voiced support for workers on strike.

Student Kartik Aggarwal, 24, said he was “very irritated” after two services in a row were cancelled, meaning he faced missing a Christmas party in Birmingham.

Speaking at Euston alongside some of his family members, he told the PA news agency: “It’s been really bad. We were planning for a long time only to have two trains get cancelled with no notification.

“We came running but still nothing.

“I feel very irritated, like we’re wasting our time.”

PhD student Amy Saunders, 31, said disruption to her journey to see family for Christmas was stressful but expressed her sympathy with those on strike, who she said would find the situation equally difficult.

Speaking as she waited for a service she said had been delayed from Euston, she told PA: “I support the strikes and I’m sure it’s equally stressful for everyone working here trying to get everyone home for Christmas, and they wouldn’t need to strike if their working conditions weren’t intolerable.

“Everyone’s really struggling and there needs to be more support.”

Scores of commuters hoping to reach their destination were seen watching the departures board at the busy station for updates on their journey.

No trains operate on Britain’s railways on Christmas Day.

The normal limited Boxing Day schedule has been scrapped due to the strike, while services will start later than usual on December 27.

Christmas is a key period for maintenance work on the railways.

Network Rail planned a £120 million programme of more than 300 projects over the festive period this year.

It said “around 85%” of this work will still go ahead despite the RMT action.

There was minimal disruption on the first day of the walkout on Friday as armed forces personnel were deployed to check passports, and passengers posting on social media shared a mixed bag of experiences on Christmas Eve.

A passenger at Manchester Airport said it was the “fastest I’ve ever got through” with “no queues anywhere” while someone who flew into Gatwick described “not one queue” adding that “for once it was a pleasure”.

Elsewhere, someone tweeted a picture of a crowded arrivals hall which they said showed immigration queues at Heathrow Airport, while a passenger said they had been standing at the same airport in a “4hr queue to get through border control”. 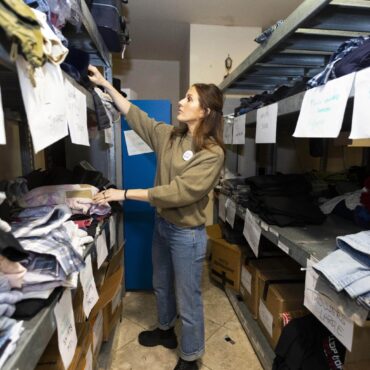 Ellie Goulding has said supporting those experiencing homelessness is “more vital than ever” as more households face hardship during the cost-of-living crisis. The singer, who has been volunteering at Crisis’s Christmas centres since 2015 and is an ambassador of the charity, paid a visit to the charity’s central London hotel on Christmas Eve. Alongside helping to make teas and coffees and sorting and distributing clothes to people in need, Goulding […]