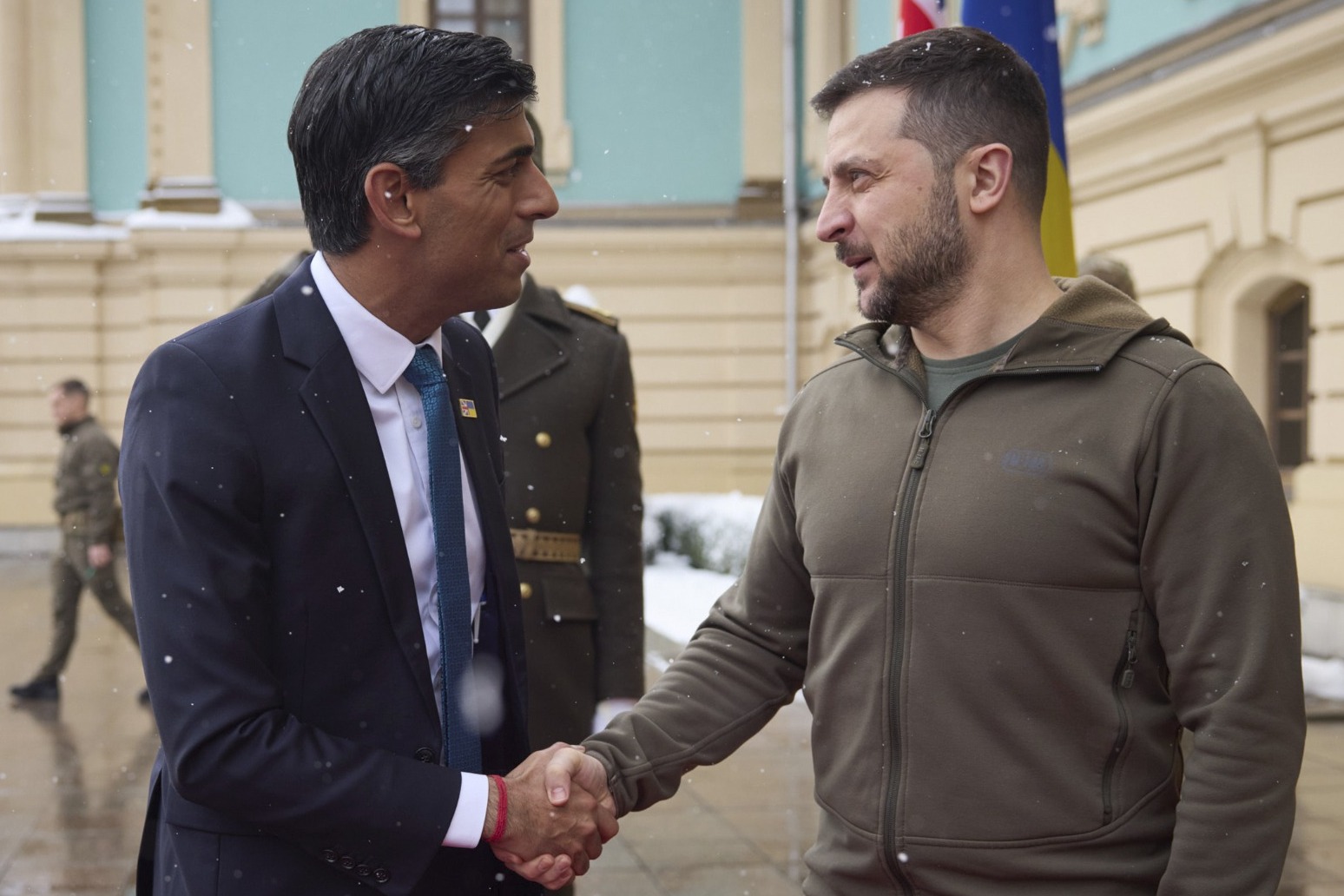 The PM tweeted that he told the Ukrainian leader

Rishi Sunak said he was “humbled” to be in Ukraine, as the Prime Minister held his first face-to-face meeting with President Volodymyr Zelensky.

The visit came as the prime minister, in office only a matter of weeks, pledged continued British support to the war-torn country in the fight against Russia.

Mr Sunak’s arrival was accompanied by the announcement of a £50 million package of defence aid comprising 125 anti-aircraft guns and technology to help Ukraine counter Iranian-supplied drones, including radars and anti-drone technology.

The visit came after a week that saw tensions between the West and Russia ratchet up, after a missile hit a Polish village close to the Ukrainian border and sparked concerns Russia had struck a Nato member state.

Tensions have eased since by the likely attribution of the hit to Ukrainian defence forces, but Russian missile strikes on the country have shown no sign of relenting.

He said it was “deeply humbling” to be in Kyiv, and he said he was “proud” of how the UK had backed Ukraine since the beginning of the war.

“I am here today to say the UK and our allies will continue to stand with Ukraine, as it fights to end this barbarous war and deliver a just peace,” he said.

“While Ukraine’s armed forces succeed in pushing back Russian forces on the ground, civilians are being brutally bombarded from the air.

“We are today providing new air defence, including anti-aircraft guns, radar and anti-drone equipment, and stepping up humanitarian support for the cold, hard winter ahead.

“It is deeply humbling to be in Kyiv today and to have the opportunity to meet those who are doing so much, and paying so high a price.”

Mr Zelensky tweeted his thanks to Rishi Sunak: “With friends like you by our side, we are confident in our victory. Both of our nations know what it means to stand up for freedom.”

Mr Sunak’s vocal support sees him follow in the footsteps of his predecessors Boris Johnson and Liz Truss.

The Prime Minister, who has spoken to Mr Zelensky on more than one occasion since entering Downing Street, used his appearance at the G20 this week to join allies and other Western leaders to condemn Vladimir Putin’s invasion.

A video of the meeting, posted by Mr Sunak’s Twitter account, shows him shaking hands with the Ukrainian leader in a snowy Kyiv.

“Welcome. How are you?” Mr Zelensky asks the Prime Minister.

“Really good to see you,” Mr Sunak says as Mr Zelensky gestures at the falling snow.

The pair are shown shaking hands in front of the Union flag and Ukraine’s flag, with the two men also shown holding a one-to-one meeting.

During the visit, Mr Sunak also confirmed £12 million for the World Food Programme’s response to Ukraine, as well as £4 million for the International Organisation for Migration, ahead of what is expected to be a long winter for the country. 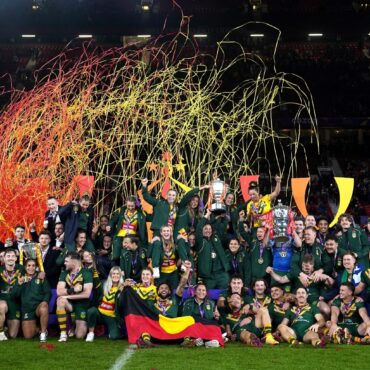 Both teams clinched their titles in the tournament's dramatic final day at Old Trafford in Manchester The Rugby League World Cup in England has drawn to a close with Australia claiming both the men's and women's titles. In the men's final, captain James Tedesco scored a try in each half to help Australia maintain their global domination with a 30-10 victory over Samoa. Samoa had made history by becoming the […]