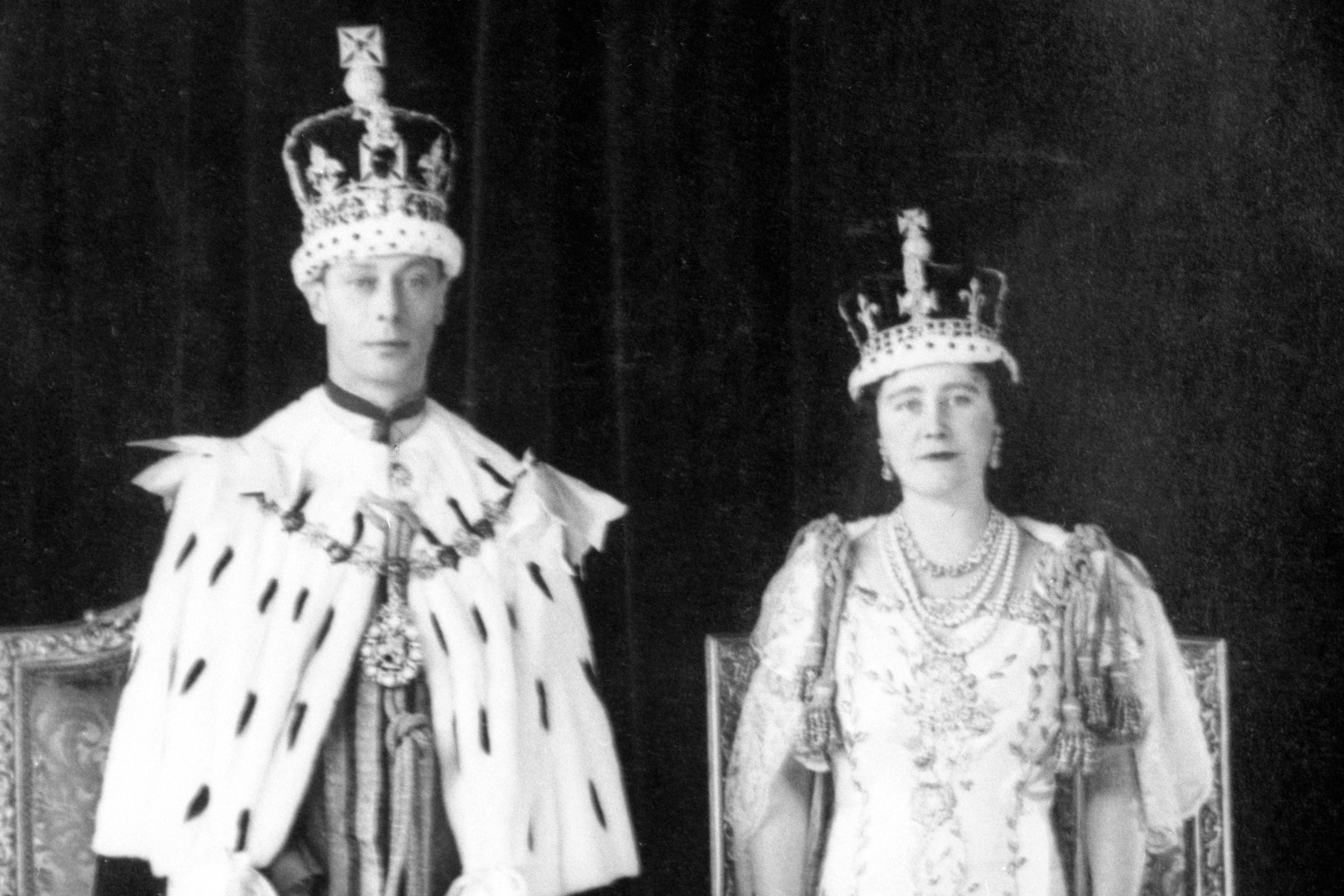 The King’s coronation will be held on Saturday May 6 next year, with the Queen Consort being crowned alongside Charles, Buckingham Palace has announced.

The deeply religious affair will take place in Westminster Abbey, eight months after the monarch’s accession and the death of the Queen.

The Palace said the ceremony will be “rooted in longstanding traditions and pageantry” but also “reflect the monarch’s role today and look towards the future”.

Charles III will be anointed with holy oil, receive the orb, coronation ring and sceptre, be crowned with the majestic St Edward’s Crown and blessed during the historic ceremony.

Camilla will also be anointed with holy oil and crowned, just like the Queen Mother was when she was crowned Queen in 1937.

May 6 is also the birthday of the Duke and Duchess of Sussex’s son Archie – Charles’s grandson – who will be turning four on the day.

Guest lists have yet to be confirmed for the spectacle, including whether or not Harry and Meghan will be invited or be able to travel from California to attend.

The date was also the wedding anniversary of the late Queen’s sister Princess Margaret, while the King’s grandfather George VI held his coronation in the month of May.

The Palace said the date was chosen in consultation with the Government, the Church of England and the Royal Household, but no further details have been given on why it was picked.

“Buckingham Palace is pleased to announce that the coronation of His Majesty The King will take place on Saturday 6th May 2023,” the Palace said.

“The coronation ceremony will take place at Westminster Abbey, London, and will be conducted by the Archbishop of Canterbury.

“The ceremony will see His Majesty King Charles III crowned alongside the Queen Consort.

“The coronation will reflect the monarch’s role today and look towards the future, while being rooted in longstanding traditions and pageantry.”

It is understood that the ceremony will include the same core elements of the traditional service, which has retained a similar structure for more than 1,000 years, while also recognising the spirit of our times.

Charles’s coronation is expected to be on a smaller scale and shorter, with suggestions that it could last just one hour rather than over three.

It is expected to be more inclusive of multi-faith Britain than past coronations but will be an Anglican service.

Guest numbers will be reduced from 8,000 to around 2,000, with peers expected to wear suits and dresses instead of ceremonial robes, and a number of rituals, such as the presentation of gold ingots, axed.

Coronations have not traditionally been held on a weekend, with the late Queen’s taking place on a Tuesday. It has not yet been confirmed whether there will be any arrangements for a bank holiday.

Further details are due to be released in due course, but the Government and the royal household will be conscious of the scale of the event in light of the cost-of-living crisis facing the country.

The late Queen’s coronation took place on June 2 1953 – 16 months after she became monarch, and there had been speculation Charles would opt for a June date close to or even on the 70th anniversary of his mother’s ceremony.

Special seating structures were built inside the church at the time to increase the usual congregation from 2,000 to 8,000.

Security will be heightened given the high-profile nature of the day.

The King will be anointed, blessed and consecrated by the Archbishop.

Charles is expected to sign a proclamation formally declaring the date of the coronation at a meeting of the Privy Council later this year.

The King acceded to the throne on September 8, immediately on the death of his mother, Elizabeth II – the nation’s longest reigning monarch.

Plans for the major event are known by the codename Operation Golden Orb, which sets out the blueprint for the service and the pageantry surrounding it.

Charles will be anointed by the Archbishop and take his oath to “maintain and preserve inviolably the settlement of the Church of England, and the doctrine worship, discipline, and government thereof, as the law established in England”.

The Queen Consort will be crowned and take her place on a throne.

Elizabeth II delivered a masterstroke on the eve of her Platinum Jubilee in February 2022 when she endorsed the then-Duchess of Cornwall to be known as Queen Consort when the time came.

Royal aides insisted, when she married Charles, that Camilla did not want to be queen and said originally that she “intended” to be known instead as Princess Consort – the first in British history – when Charles acceded to the throne.

The wife of a king automatically becomes a Queen and only a change in legislation would prevent her from doing so, but there had been much controversy over whether Camilla would use the title, being Charles’s former mistress who became his spouse.

The royal website used to declare: “A Queen Consort is crowned with the King, in a similar but simpler ceremony.”

But, following Charles’s marriage to Camilla, it added the get-out clause “unless decided otherwise”.

The late Queen’s coronation was a carnival of celebration and a morale boost for a nation starved of pageantry in the wake of the Second World War.

People began to bed down in the streets of London as early as 48 hours before Tuesday June 2 1953, just to make sure they had a standing place to watch the Queen pass by in the gold state coach in a grand procession.

By the Monday evening, in pouring rain and driving wind, half a million people were already lining the procession route.

Charles, who was only four at the time, attended the service.

He has recalled his mother going to say goodnight to him the night before while wearing the crown so she could get used to its weight on her head.

Charles described the “thousands of people gathered in The Mall outside Buckingham Palace chanting ‘We want the Queen’ and keeping me awake at night”.

The 1953 coronation was shared with a wider audience through the relatively new medium of television, which came of age with the screening of the ceremony for the first time.

An estimated 27 million people in Britain alone watched the ceremony live on their black and white TVs and the images were also beamed around the world.

The Duke of Norfolk, who organised the Queen’s funeral, also has the role of staging the coronation.

He was recently banned from driving for six months after pleading guilty to using his mobile phone behind the wheel – despite claiming he needed his licence to arrange the forthcoming ceremony. 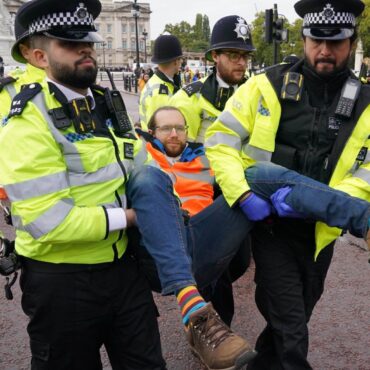 Environmental protesters blocked The Mall outside Buckingham Palace in a demonstration against new fossil fuel licences. Around two dozen activists in high-visibility orange vests sat in the road holding Just Stop Oil banners on Monday morning. Police at the scene said they made 25 arrests after disruption lasting just over two hours. The protesters, who travelled from Scotland, said they felt the need to act after the UK Government gave […]