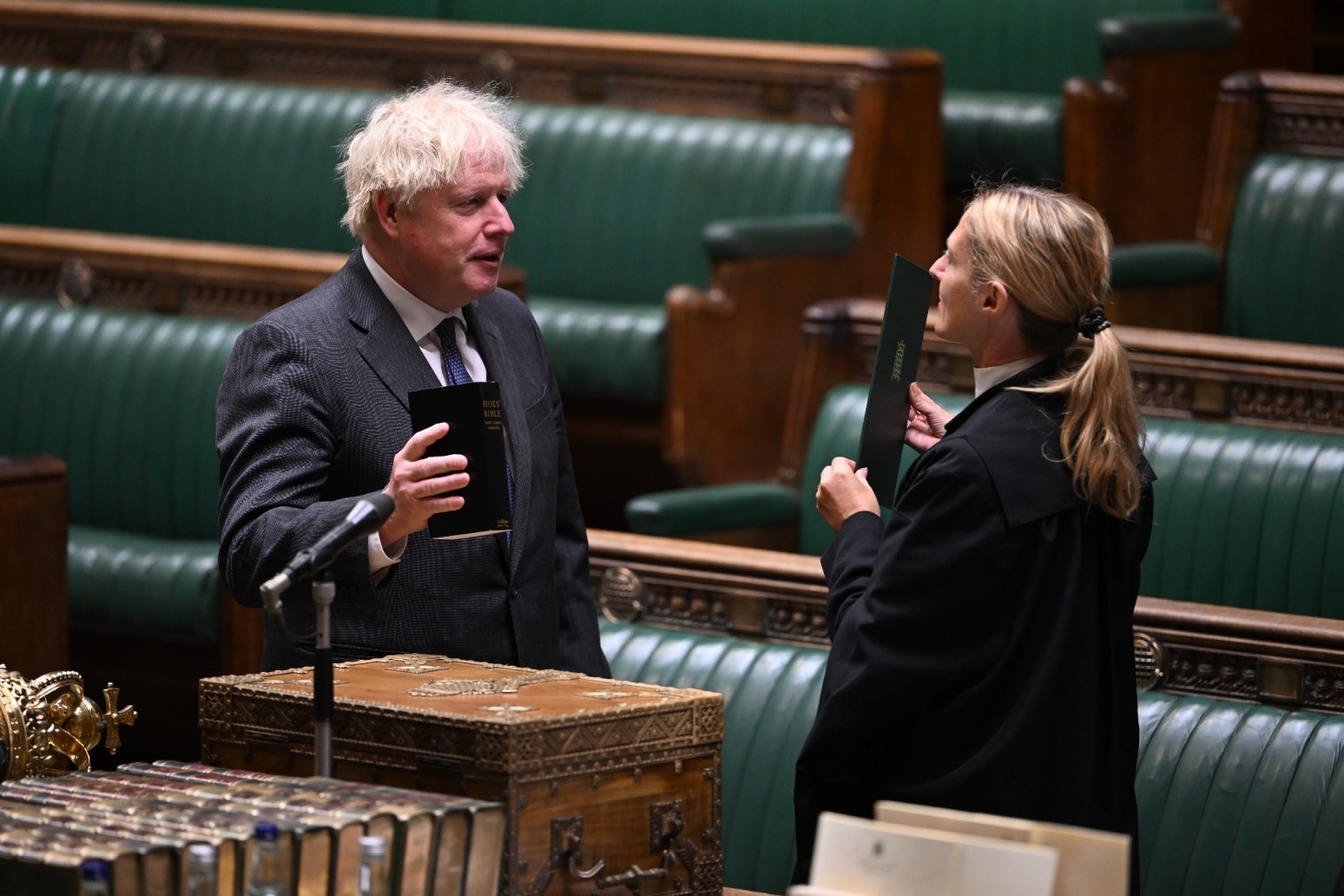 Boris Johnson was among the latest group of MPs to pledge allegiance to the King as the House of Commons met for the first time since the Queen’s funeral.

The Conservative former prime minister was the 15th MP on Wednesday to take an oath of allegiance to Charles.

Holding the King James Bible, Mr Johnson said: “I swear by almighty God that I will be faithful and bear true allegiance to His Majesty King Charles, his heirs and successors, according to law, so help me God.”

Ms Trevelyan was the first MP to swear in on Wednesday followed by Home Secretary Suella Braverman.

MPs are sworn in after each general election so they can take their seat, speak in debates, vote and receive a salary.

The wording of the oath means MPs have already pledged their allegiance to the heirs and successors of the Queen, meaning they do not have to do it again at this point.

A total of 31 MPs pledged their allegiance to Charles during the first swearing-in session on September 10.

Commons Speaker Sir Lindsay Hoyle opened proceedings by thanking parliamentary staff, members of the armed forces and others for their efforts during the Queen’s lying-in-state and funeral.

He told MPs: “I also want to put on record my gratitude to all those who helped ensure events of the last 10 days or so have been managed with such dignity and brilliance, albeit in the saddest of circumstances.

“That includes, of course, many outside this House, including our armed services, the police and countless others.

“I want to say a very special thank you especially to all those parliamentary staff, including colleagues who volunteered to take on roles beyond their day jobs who contributed and you ensured that Parliament was able to play its part safely, respectfully and with pride, and so I am extremely grateful for all that has been done.”

Welsh Secretary Sir Robert Buckland opted to swear the oath in English on the King James Bible and then a second time in Welsh holding a Welsh language Bible, while Labour’s Nia Griffith, MP for Llanelli, opted to affirm in both English and Welsh.

Conservative MP for Harrow East Bob Blackman took his oath holding both the Bible and the Bhagavad Gita Hebrew text.

He was followed by Labour MP for Bradford West Naz Shah, who took her oath holding the Koran while covering her head with a scarf.

The final MP of the day to swear the oath was security minister Tom Tugendhat, who arrived in the Chamber just after 6pm.

As the hour approached, Commons Speaker Sir Lindsay could be heard reading out a message from Mr Tugendhat claiming he was on the way, after a period of silence where no other MPs had appeared for some time.

MPs were able to swear the oath or affirm throughout Wednesday, with Sir Lindsay advising at the start of the day: “I remind members that swearing-in is recorded by the television cameras, anything said or done by members may appear on television or may be picked up on the microphones.”

Normal business in the Commons will resume on Thursday. 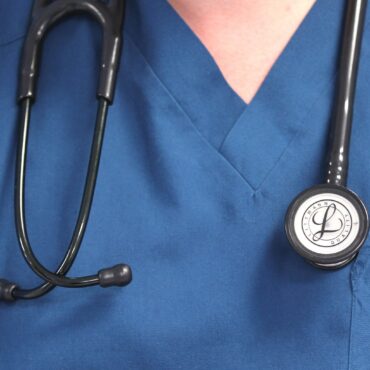 Physiotherapists could strike in a row over NHS pay

Physiotherapy staff across England and Wales will vote on industrial action after overwhelmingly rejecting this year’s NHS pay award. The Chartered Society of Physiotherapy (CSP) said almost 80% of those voting in England said they were prepared to take industrial action, with 83% in Wales. The CSP Council is recommending members vote in support of action following a decision already taken to ballot in Scotland. The votes will be the […]