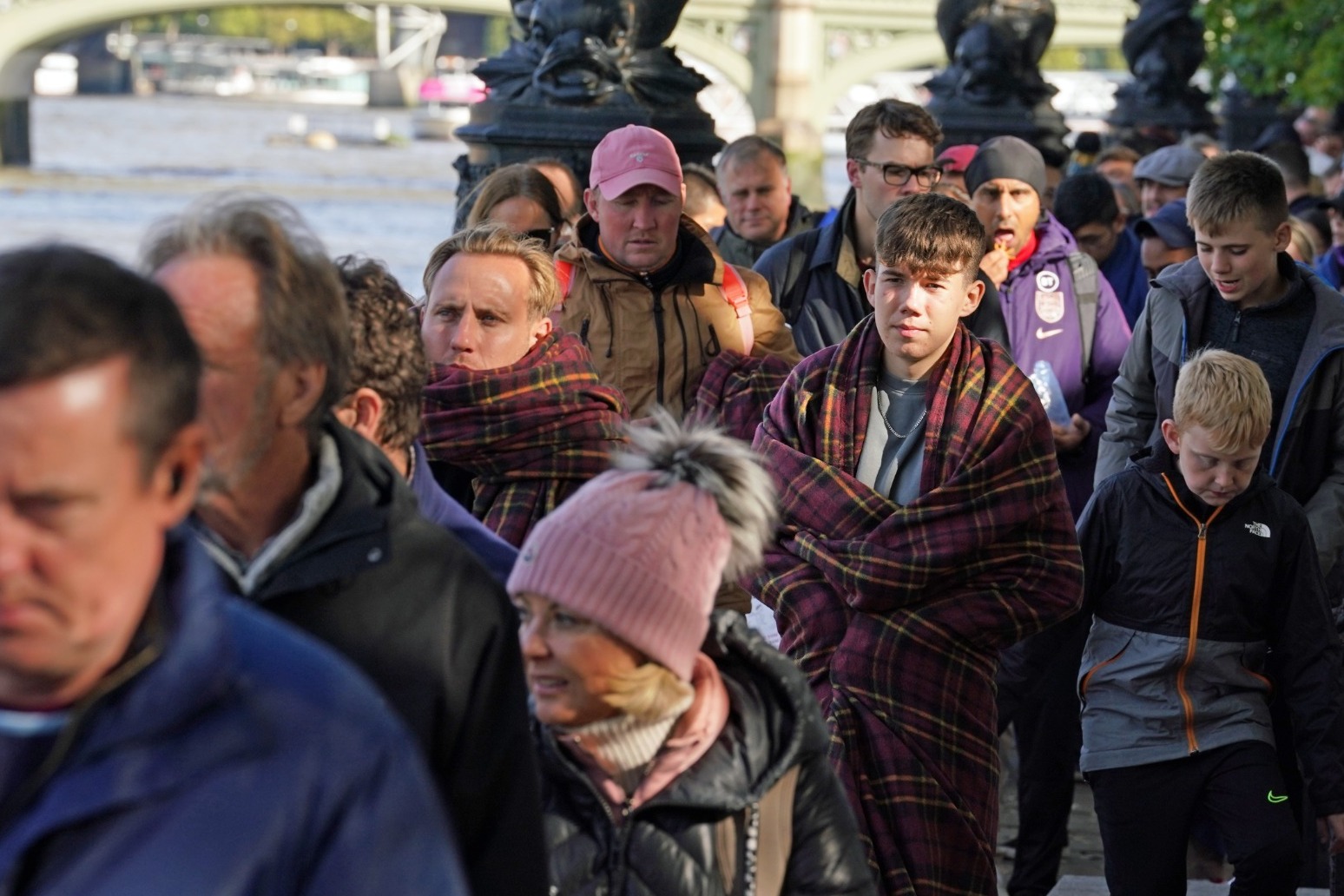 The queue will close later today

People have been urged not to set off from home to join the queue for the Queen’s lying in state, which is due to close on Sunday.

Thousands of people have made the steady pilgrimage across central London to pay their respects to the late monarch over the past four days.

The Department for Digital, Culture, Media and Sport (DCMS) said it will announce later on Sunday when the queue will close.

At 9.30am on Sunday, the department said: “A decision will be taken today on when entry to the queue for Her Majesty The Queen’s Lying-in-State will close as it reaches final capacity.

“Queue times are already 13.5 hours and may increase.

“To avoid disappointment please do not set off to join the queue.”

At 10am, the DCMS said the wait time had increased to at least 14 hours.

A steady stream of mourners continued to pass along Lambeth Palace Road in south London under sunny skies on Sunday morning. 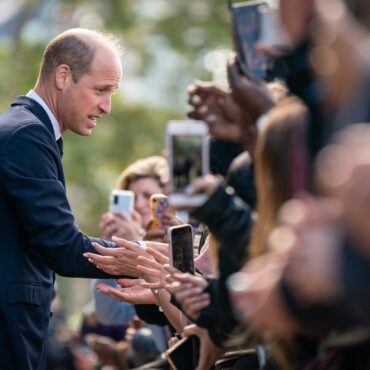 The King and the Prince of Wales have greeted mourners in the queue for the Queen’s lying in state. Hundreds of people in line at Lambeth, south London, cheered and applauded as Charles and William emerged on Saturday afternoon, before the pair thanked those waiting to pay their respects to the late monarch at Westminster Hall. One woman offered the King condolences as he shook her hand, and another shouted: […]