People receiving mental health support during the cost-of-living crisis are being forced to cancel therapy sessions because they can no longer afford them, a survey suggests.

Two thirds (66%) of therapists say cost-of-living concerns are causing a decline in people’s mental health, according to the British Association for Counselling and Psychotherapy (BACP).

Its survey of members found that 60% of respondents were seeing clients cutting back on therapy sessions due to money worries.

And almost half (47%) of therapists reported that clients are cancelling or pausing sessions because they can no longer afford them.

The BACP said it is worried people will not get the help they need.

It surveyed 2,983 of its counsellors and psychotherapists online between July 6 and August 3.

The majority of its 60,000 members are private therapists but also include therapists who work for the NHS or charities.

It found that 49% of therapists said clients are cutting back on activities that benefit their mental health, such as gym memberships.

Some 61% of those surveyed said their clients are anxious about whether they can afford to pay their household bills, and over half (52%) said clients are reporting losing sleep due to money worries.

Martin Bell, BACP head of policy and public affairs, said: “People are already making difficult decisions about what they choose to pay for, and this will have devastating consequences on their mental health and wellbeing.

“What our members are already seeing in the therapy room is just the tip of the iceberg of how the cost-of-living crisis is affecting people’s mental health.

“We fear this will only get worse over the next few months and is on top of the growing mental health need which arose from the pandemic.”

Mr Bell said there needs to be a greater focus on addressing the inequalities which result in poorer mental heath, and more access to free or affordable therapeutic support. 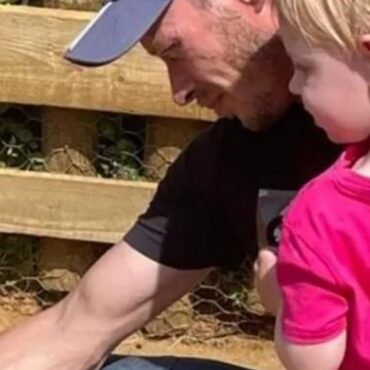 The mother of a motorcyclist allegedly killed by a servicewoman has said his death has left his family “heartbroken”, as the US Air Force attempts to assert jurisdiction in the suspect’s prosecution. Father-of-one Matthew Day, 33, died of his injuries after a red Honda Accord car collided with the Yamaha motorbike he was riding in the village of Southery, near Downham Market, Norfolk, on August 26. Airman first class Mikayla […]