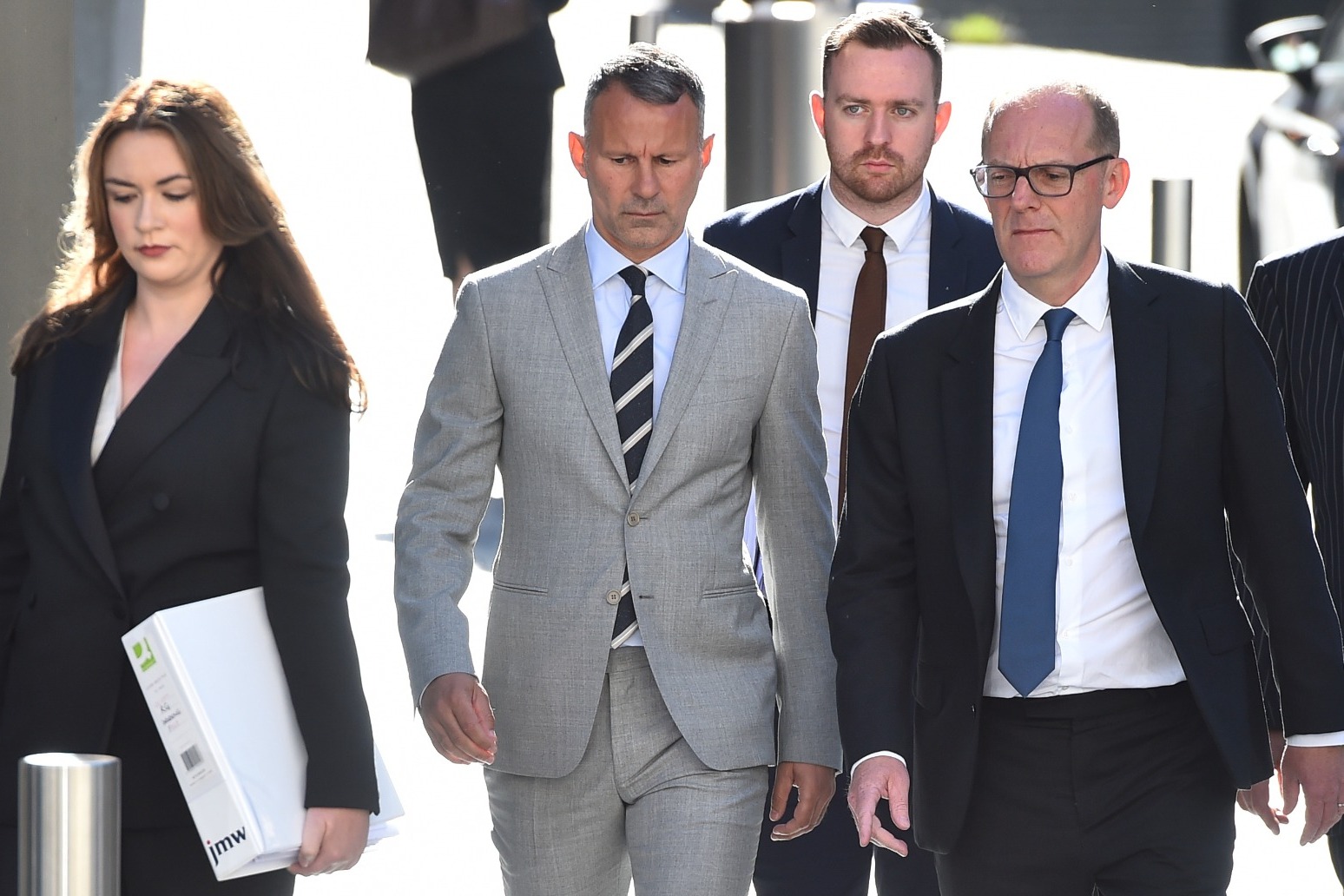 Former Manchester United player Ryan Giggs had “full-on relationships” with eight other women while he was with the ex-girlfriend he is accused of assaulting, a court has heard.

PR executive Kate Greville, 36, claimed she discovered the footballer’s affairs on his tablet computer shortly before she decided to leave him.

Giggs, 48, is alleged to have headbutted her at his home in Worsley, Greater Manchester, on November 1 2020.

On Tuesday, a jury at Manchester Crown Court was shown a police interview with Ms Greville.

She said Giggs constantly denied he was cheating on her but she “needed to know the truth” so she checked his device.

She said: “The reality of what I had found on that iPad was way worse than I could imagine.

“Eight women he was having affairs with while he was with me. Full-on relationships.”

She told police she met Giggs in 2013 and they started an affair when they were both married, and she left her husband two months later.

“It was like he was my best friend but there were definite red flags,” she said of Giggs.

She told police: “It was like he was almost two people. It was like, ‘Is he a good person? Is he a bad person?’

“I started to get horrendous anxiety.”

She described an incident during their relationship when the former Wales winger “flipped” in a hotel room and grabbed her by the wrists “hard”.

She said he “literally dragged” her naked body across the floor before he threw her belongings into the corridor.

Ms Greville said she was “left humiliated and embarrassed” as she found herself with no clothes on in the middle of the corridor.

She added: “That was the first time he was aggressive to me.”

Ms Greville said that after more stormy periods in their relationship Giggs told her he had a “plan” and they were going to get a dog and she moved into his house.

She added: “It was just on another level. There was lots of put-downs, taking the piss out of me all the time. Really secretive with his phone.”

Ms Greville said Giggs would tell her to leave, then beg her to come back, then criticise her if his evening meal was not ready.

“He was kind of gaslighting me,” she said.

“A very subtle kind of thing. I was like his housemaid or his mum, if his tea was not ready on time.”

Giggs is alleged to have “lost control” and headbutted Ms Greville after she decided to leave him, before elbowing her sister Emma in the jaw as she attempted to pull him off Ms Greville as they grappled on the floor.

He stood down in June as manager of the Wales national team after a period of leave since November 2020.

He denies using controlling and coercive behaviour against Ms Greville between August 2017 and November 2020, assaulting her, causing actual bodily harm, and the common assault of her younger sister. 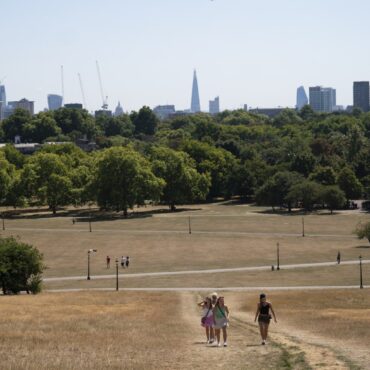 The Met Office has issued a four-day amber warning for extreme temperatures in parts of England and Wales as a new heatwave looms. The warning, for Thursday to Sunday, comes as the forecaster predicted 35C in places or even an “isolated” 36C – below last month’s record temperatures, which peaked above 40C in some spots. The vulnerable are likely to experience adverse health affects, while the wider population could also […]