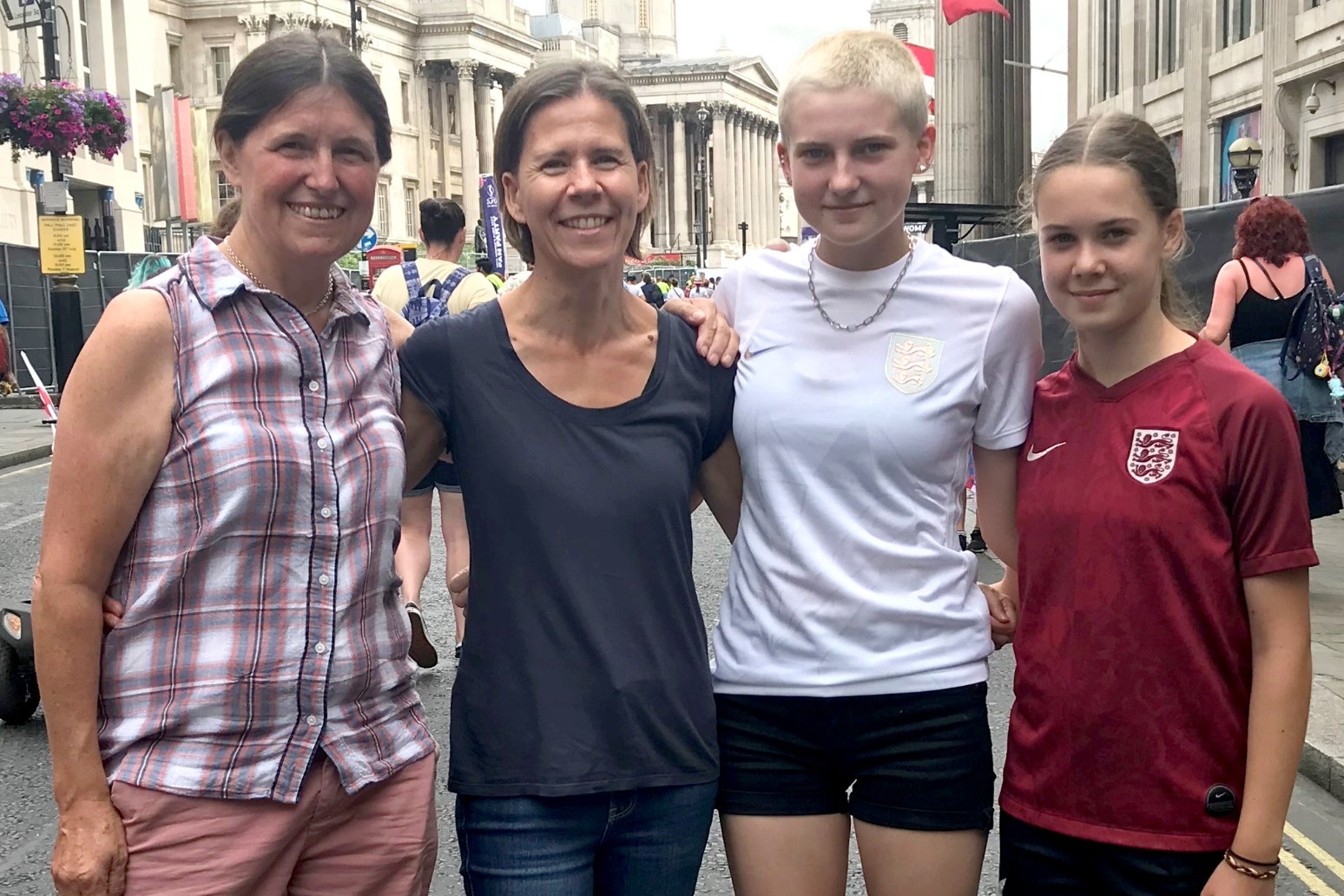 Thousands of fans are celebrating England’s historic Euros triumph as the team are credited with inspiring the nation.

The Lionesses beat Germany 2-1 after extra time in front of 87,000 supporters at Wembley Stadium on Sunday, securing the first major tournament title for the country since 1966 and setting a television viewing record.

Fans in Trafalgar Square hailed the victory as a “massive” moment for women’s football, while the FA’s director of women’s football, Baroness Sue Campbell, said England’s win will make a “phenomenal difference”.

Crowds of supporters descended on central London on Monday to join the team at an event hosted by ex-player Alex Scott.

Ryan Grumbridge, 40, and Gemma Grumbridge, 43, travelled from Oldham to the capital to watch the final with their two daughters.

Mr Grumbridge, who is a coach for the 250-strong girls’ football club Crompton FC, said this is a “massive” moment for women’s football.

“It’s good for them to get some recognition – I hope it keeps growing and growing, and we’ll carry on getting decent-sized crowds.”

He said the Lionesses are “fantastic role models” for his daughters Ruby and Amelia, aged 11 and 13.

Yvonne Morrison, 61, took her grandson Ronnie, nine, to catch a glimpse of the Lionesses in Trafalgar Square.

Ms Morrison, from Wiltshire, said it was “just absolutely amazing that they’ve been able to get this far, and that they’ve raised the profile of women’s football, it’s long overdue”.

She added: “Hopefully it will raise their salaries, and status. It’s about time they were on an equal par.”

The final attracted a peak TV audience of 17.4 million, a record for a women’s football match in the UK, according to overnight ratings released by the BBC.

The previous record was set during England’s 2019 World Cup semi-final defeat by the United States, which enjoyed a peak audience of 11.7 million.

Earlier, Baroness Campbell told BBC News: “I think it’ll really take it to another level. But I think what happened yesterday was much broader than football.

“I think it will change the perception of women in sport generally, and I hope give women and girls real optimism that if they want to do something in life, whatever it is, if they work at it, they’re going to achieve it.”

She said she is not surprised at the TV viewing figures, adding: “I think we’ve inspired a nation here.

“But we’ve also inspired lots of youngsters to realise that sport, football, is for them.”

“The last few years have been incredible. We have invested really heavily and the Lionesses have taken their opportunity and they have produced something incredible.

“I think it will really turbo charge everything we have been doing in the women’s game.

“There is no reason why we shouldn’t have the same number of girls playing as boys and it will inspire a whole new generation of players.”

The free entry event in Trafalgar Square was on a first-come, first-served basis, with live music from DJ Monki, a showing of tournament highlights and a Q&A involving the players and manager, Sarina Wiegman, before the trophy is lifted.

It comes after the Queen praised the team, saying their “success goes far beyond the trophy”.

She said in a statement: “You have all set an example that will be an inspiration for girls and women today, and for future generations.”

The Duke of Cambridge was among those supporting from the sidelines, and after the match he said it had been “wonderful to see history in the making”, while captain Leah Williamson dubbed it “the proudest moment of my life”.

Supporters who attended the match described the team’s win as a “victory for girls across the country”. 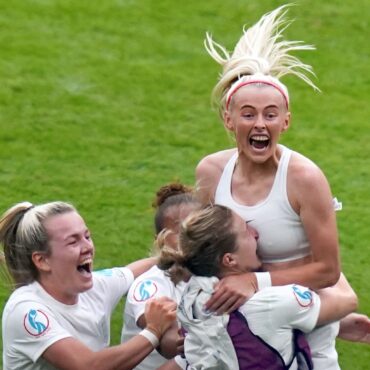 England’s Euro 2022 final with Germany was watched by an average of 11.0 million people on TV, a record for a women’s football match in the UK. The audience peaked at more than 17 million in the closing minutes of the Lionesses’ 2-1 victory, according to overnight figures released by the ratings organisation Barb. This is also a record for a women’s football game. The previous highest peak came during […]