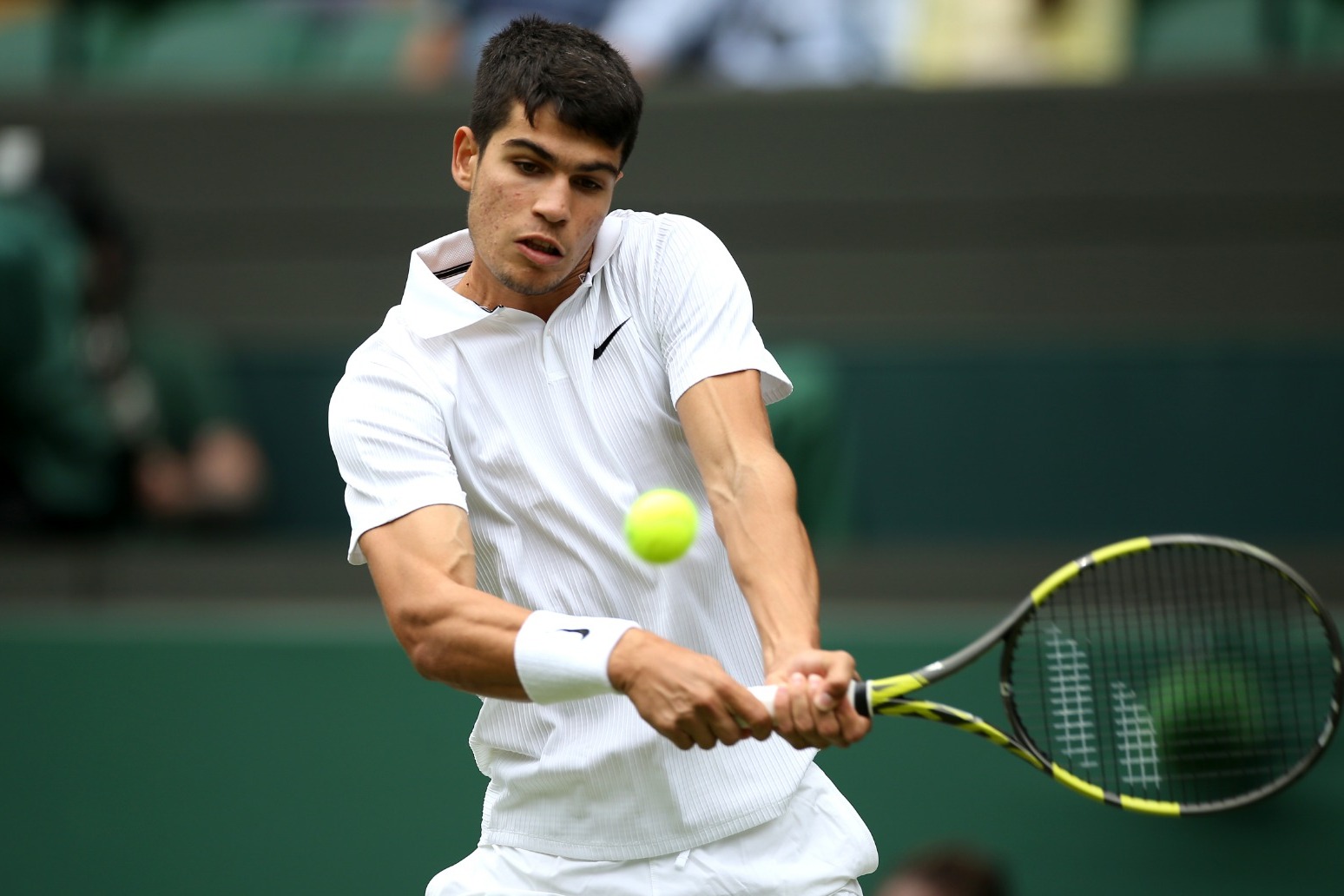 Carlos Alcaraz feels this year is too soon for him to challenge for the Wimbledon title.

The 19-year-old has established himself as the most exciting young talent in the men’s game over the past couple of seasons and has already won four ATP Tour titles this year, three on clay and one on grass.

He went into the French Open as the leading challenger to Rafael Nadal and Novak Djokovic but was beaten by Alexander Zverev in the quarter-finals.

A right elbow problem them saw him pull out of the cinch Championships at Queen’s Club, and it was heavily strapped as Alcaraz played his first match on grass at the exhibition Giorgio Armani Tennis Classic at the Hurlingham Club on Thursday.

Alcaraz was beaten 6-4 6-2 by powerful American Frances Tiafoe but gave a positive update on his fitness.

Regarding the strapping, the Spaniard said: “It’s just for precaution. A couple of weeks ago I had the problems, I couldn’t train well. I trained a couple of times at Wimbledon without pain, here I felt well.

“The first match on grass is never easy but I had fun out there. Of course I have more training ahead, a match on Saturday here as well to get ready and to get 100 per cent for Wimbledon.”

Alcaraz will be seeded fifth for Wimbledon but, along with third seed Casper Ruud and fourth seed Stefanos Tsitsipas, falls into the category of players for whom grass is so far something of a foreign surface.

Alcaraz played Wimbledon for the first time last summer, losing comfortably in the second round to Daniil Medvedev.

Asked if he could be a contender on grass, Alcaraz said: “I hope so but I don’t think this year it’s going to be my surface. For sure in the future I can play pretty good on this surface if I play tournaments before Wimbledon and I think I will feel comfortable playing on this surface.”

Alcaraz has been enjoying his time in London, including meeting up with Tottenham defender Sergio Reguilon.

“He’s a friend of mine,” said Alcaraz. “He told me he’s going to try to watch my match. He’s a good supporter.”

French Open runner-up Ruud was also in action at Hurlingham on Thursday and the Norwegian was beaten by Belgian Zizou Bergs, who earned a Wimbledon wild card by winning the second-tier Challenger event in Ilkley last week.

Ruud has made no secret of his dislike for grass, saying earlier this season it was a surface for golfers and that he was going to prepare for Wimbledon by playing golf.

He lost his first match at Queen’s Club to Britain’s Ryan Peniston last week before jetting off to Italy for a break prior to his clash at Hurlingham.

Ruud, who is yet to win a match at Wimbledon in either the main draw or qualifying, said: “This is my first day on grass since Queen’s because I took a week of holidays.

“I went to Italy to relax a little bit because obviously the clay season was very long for me and I played a lot of matches and didn’t have time to take too much time off before I went to Queen’s.

“I think it was a fairly good match and I feel more comfortable than I feared so let’s see how these next days can go and if I can get some more hours on the surface. Hopefully I can at least win a match at Wimbledon this year.” 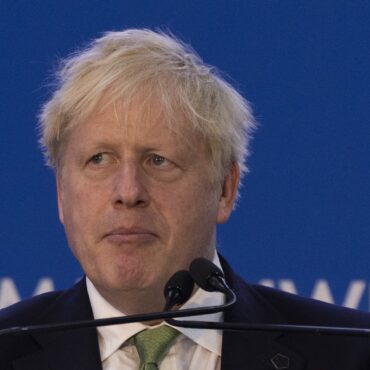 Johnson vows to keep going after double by election humiliation

Boris Johnson has said he will “keep going” after his authority was dealt a series of blows by a double by-election defeat which triggered the resignation of a Cabinet minister. The Prime Minister acknowledged on Friday that losing the former Tory stronghold of Tiverton and Honiton to the Lib Dems as well as surrendering Wakefield to Labour was “tough”, but he insisted he was pushing on, and vowed to “listen” […]