The 48-year-old was expelled from the Conservative Party and later resigned from the Commons, triggering a by-election in Wakefield, West Yorkshire, after he was convicted last month following a trial at Southwark Crown Court.

The jury heard how he forced the youngster to drink gin and tonic, pushed him on to a bed and asked him to watch pornography before the attack at a house in Staffordshire in January 2008.

The victim, now 29, said he was left feeling “scared, vulnerable, numb, shocked and surprised” after Khan, then 34, touched his feet and legs, coming within “a hair’s breadth” of his privates, as he went to sleep in a top bunkbed following a party.

A police report was made at the time but no further action was taken because the youngster did not want to make a formal complaint.

However, he filed an official complaint after Khan won the Wakefield seat in the December 2019 general election.

Khan, who is gay and a Muslim, denied sexual assault, claiming he only touched the Catholic teenager’s elbow when he “became extremely upset” after a conversation about his confused sexuality.

He said he was trying to be “kind” and “helpful” but the teenager became upset and “bolted” when the topic of pornography was raised.

Khan was found guilty by a jury after around five hours of deliberations and Mr Justice Baker will sentence him at the same court on Monday afternoon.

Khan has said he will appeal against the conviction while former justice minister Crispin Blunt has repeated his controversial defence of his former colleague, claiming the disgraced politician did not get a “fair trial”.

The Conservative Party condemned the views of the MP for Reigate, who has announced he will stand down at the next election, as “wholly unacceptable”. 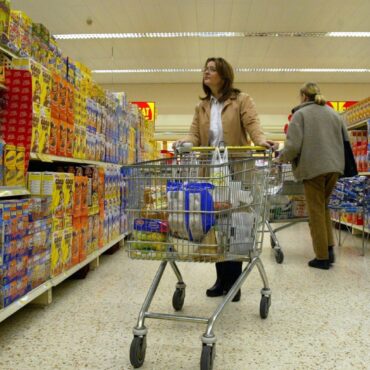 Consumers have seen the price of hundreds of popular grocery items rise by more than 20% over the last two years alongside a drop in supermarket discounts and budget ranges, a study has found. Which? found that the price of 265 groceries soared by more than a fifth at the same time as the availability of supermarket discounts and budget ranges – upon which consumers are increasingly relying – fell. […]