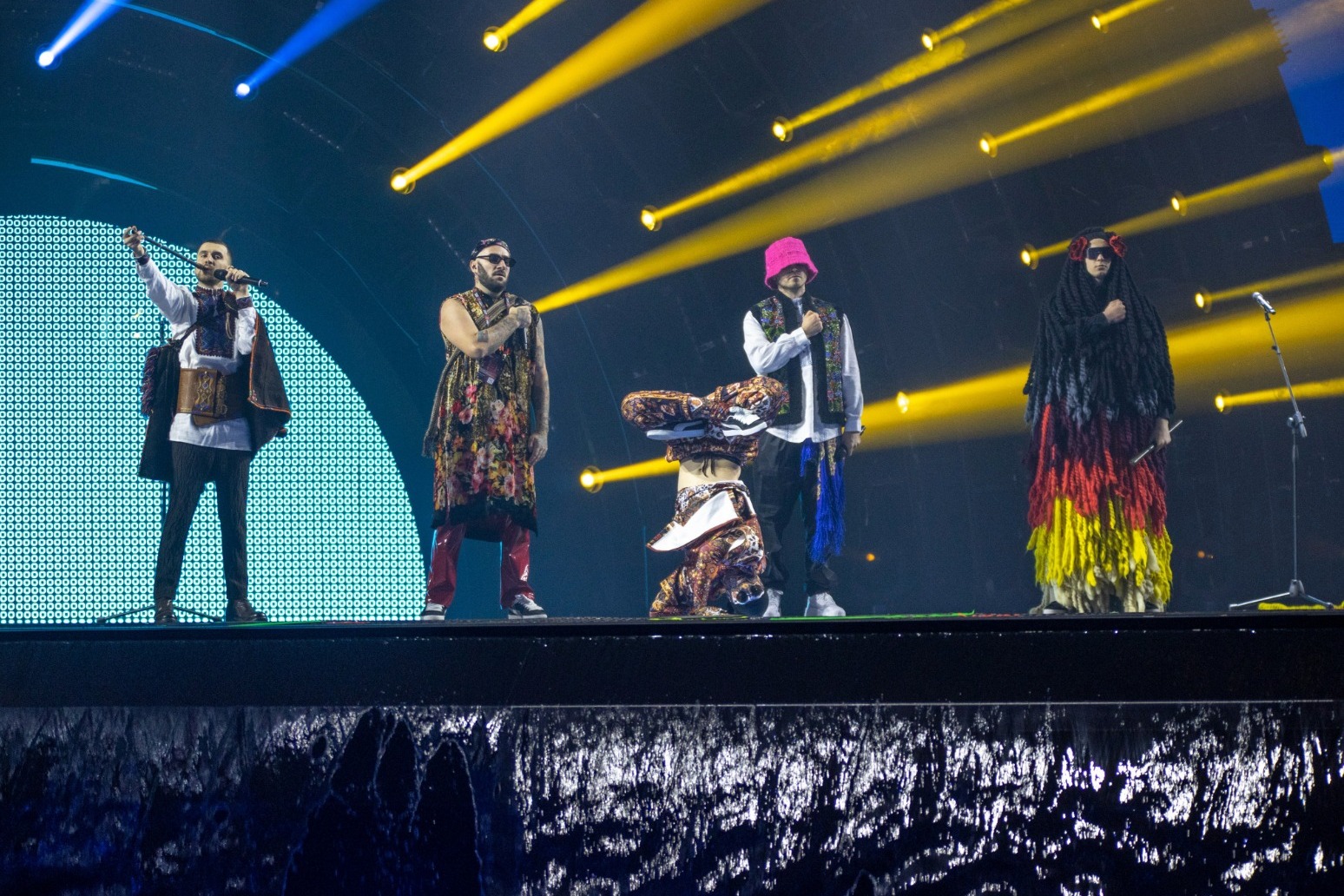 The act have been the frontrunners since Russia’s invasion – which prompted organisers to ban the country from competing.

The country joined the contest in 2003 and its three wins make it one of the most successful of the newer competitor countries – having triumphed in 2004 and 2016.

Receiving the coveted trophy, Kalush Orchestra said: “Thank you for supporting Ukraine. This victory is for every Ukrainian. Slava Ukraini.”

During their performance, which combined rap and Ukrainian folklore, the group were dressed in elaborate outfits, including long multi-coloured fringed ensembles.

“Next year Ukraine will host Eurovision!

“For the third time in its history. And I believe – not for the last time.”

Among those offering messages of congratulations, former Doctor Who star John Barrowman said: “Congratulations #Ukraine on your #Eurovision Win!

“Stick that where the sun don’t shine #VladimirPutin.”

The UK’s Sam Ryder came in second place with his uplifting pop song Space Man, marking the first time in 20 years that the UK has placed in the top three.

Graham Norton, who presented the contest on BBC One, said: “This is a red letter moment. I am so happy for him, for the UK and for the BBC who have worked so hard to turn our fortunes.”

The 32-year-old Tik Tok star won over the audience, dazzling in a one piece suit encrusted with beads and pearls.

After topping the national jury vote with 283 points, beating out favourites Spain and Sweden, Ryder said: “There is so much gratitude, what an experience.”

Ryder was the 22nd act to perform during the grand final in Turin, Italy, playing a guitar mid-show in front of a crowd of 7,000 fans at the Pala Olympica arena who sang along.

He found fame covering songs on TikTok during lockdown, amassing 12 million followers and catching the attention of global stars including Justin Bieber and Alicia Keys.

Paul Hourican, head of music operations EU at TikTok, said: “From Sam’s very first TikTok, to his fantastic result at Eurovison, we’ve been fans every step of the way. Our community always knew his star power, his artistic talent and his phenomenal voice, and we’re delighted that the world has seen it too.

“Congratulations to Sam and all his team on his superb result and of course Ukraine as very worthy winners.”

Radio 1 DJ Scott Mills, who commentated the semi-final of the song contest, posted a video with Ryder moments after the announcement, alongside TV presenter Rylan Clark who was chanting “UK, UK, UK.”

Ryder said: “Thanks everyone for supporting, that was an incredible, incredible rewarding journey.”

The singer-songwriter beat favourites Spain, whose entrant Chanel gave a jazzy performance to SloMo while the entire crowd sang along with Italy’s Mahmood and Blanco who sang Brividi, which featured a powerful rap, behind a back drop of twinkly lights.

The grand final opened with an energetic performance featuring strobe lighting and projections of the sculpture of David by Michelangelo from Czech Republic’s We Are Domi singing Lights Off.

During the show, fellow folk band Iceland’s Systur, who performed ballad Meo Haekkandi Sol, ended their performance saying: “This is for Ukraine, we love you.”

Finland’s rock group The Rasmus kicked off the first few performances with a powerful version of Jezebel, ripping their shirts off mid-show.

Marius Bear from Switzerland delivered a raw rendition of his track Boys Do Cry backdropped with simple lighting while France’s Alvan and Ahez had fire on stage to perform their track Fulenn.

Norway’s Subwoolfer dressed in yellow wolf costumes while performing a synchronised dance number and singing Give That Wolf A Banana.

Armenia’s representative, Rosa Linn, gave an emotional performance with her song Snap on a stage with a bed, lamp and chair all seemingly wrapped in white toilet roll.

Estonia closed the show with Stefan performing a catchy rendition of Hope, adding at the end of his performance: “Don’t lose your hope for a better tomorrow.”

The Eurovision final featured the 20 successful nations from the week’s two semi-finals, as well as the so-called big five of the UK, France, Germany, Italy and Spain.

Martin Osterdahl, Eurovision’s executive supervisor, said in a statement that the organisation’s attention turned to next year’s competition and its “unique challenges”.

“The Eurovision Song Contest is the only cultural event that truly unites Europe. This year it’s been more important than ever to bring millions together through our common values and love of music.

“Now we will begin planning for 2023 with winning broadcaster UA:PBC.

“Obviously, there are unique challenges involved in hosting next year’s competition.” 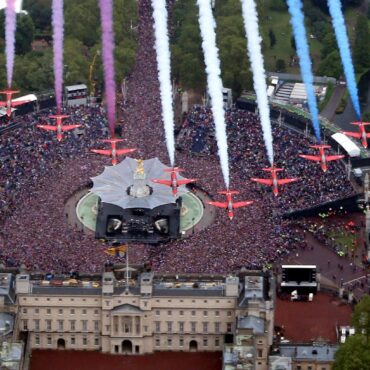 A six-minute flypast of more than 70 aircraft will complete the Queen’s birthday parade as part of Platinum Jubilee celebrations. Dozens of aircraft from the Royal Navy, the Army and Royal Air Force will soar over Buckingham Palace on Thursday June 2, the Ministry of Defence (MoD) said. The Queen is expected to watch the flypast from the palace balcony with other members of the royal family. The monarch has […]