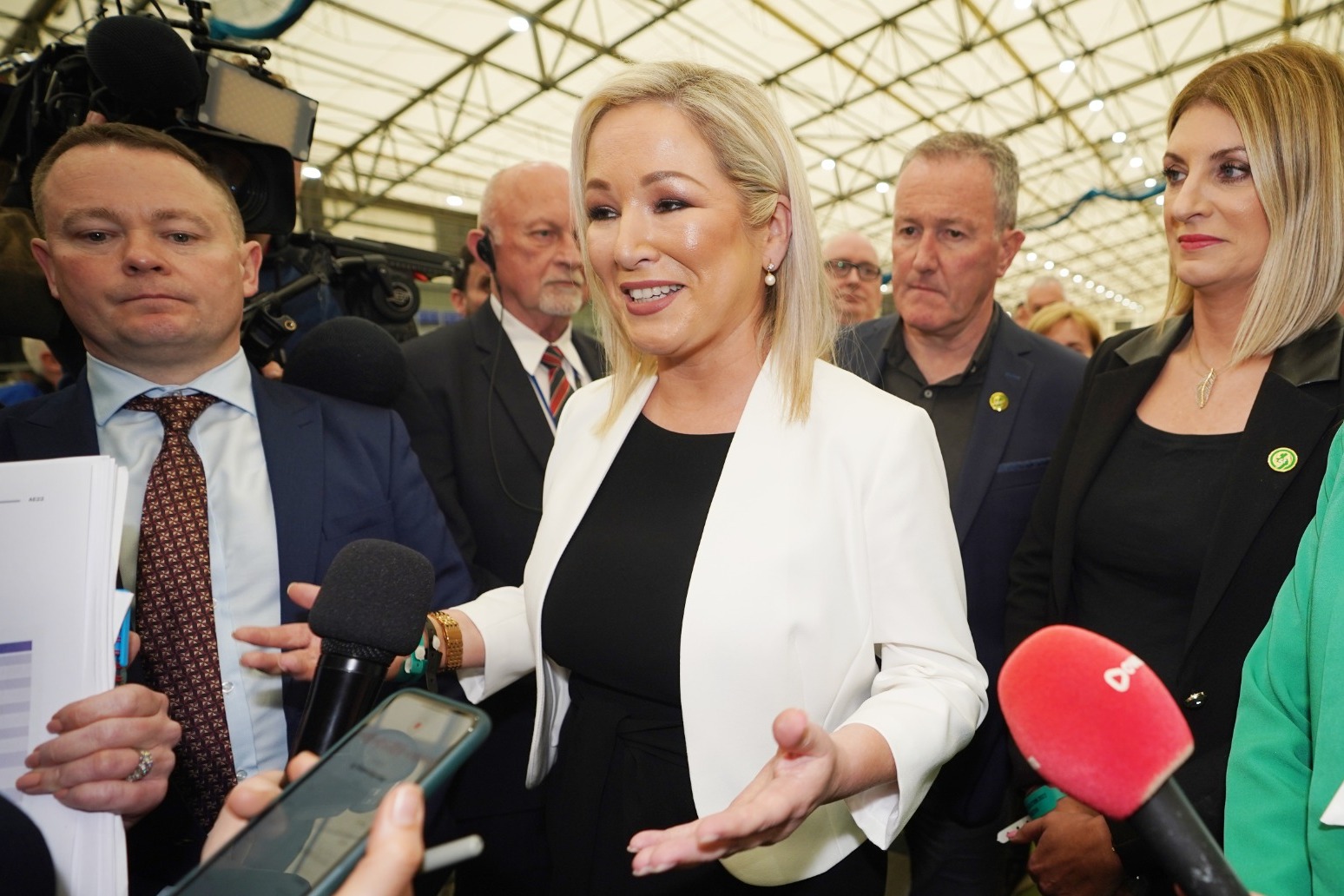 As counting continued into Saturday evening, the republican party appeared to be closing in on a historic victory by overtaking the DUP to become the largest party at Stormont.

Shortly after 6pm on Saturday, 81 of 90 Assembly seats had been filled.

Sinn Fein currently has 23 seats while the DUP have 23, the Alliance Party 17, the Ulster Unionists (UUP) nine and the SDLP on six, with three others.

The Alliance Party has also enjoyed a successful election and will emerge as the third biggest party at Stormont, while the UUP and SDLP have had disappointing results.

Ulster Unionist leader Doug Beattie was elected in Upper Bann despite earlier fears he could lose his seat.

However there was upset for the SDLP when deputy leader and outgoing Stormont infrastructure minister Nichola Mallon lost her seat in North Belfast.

In her declaration speech in Magherafelt after topping the poll in Mid Ulster, Ms O’Neill said: “Today represents a very significant moment of change.

“Irrespective of religious, political or social backgrounds my commitment is to make politics work.

She said: “We look forward to an Executive being established, I look forward to Michelle O’Neill being nominated as first minister and to have politics that delivers for people.

“We would appeal to everybody to take stock, take breaths and really assess the huge responsibility that all of us carry.

“Collectively we have an obligation to get government up and running.”

The DUP collapsed Northern Ireland’s powersharing Executive earlier this year as part of its protest against the Northern Ireland Protocol, and has vowed not to re-enter government until their concerns are met.

Alliance Party leader Naomi Long has said nothing can be delivered without government in Northern Ireland after her cross-community party’s election success.

Speaking at the Jordanstown count centre on Saturday after party candidate Patricia O’Lynn had won the final seat in North Antrim from DUP veteran Mervyn Storey, Mrs Long said she was excited about what her party could achieve at Stormont.

She said: “We went to the electorate based on a record of strong delivery in the last two-and-a-half years.

“We need to get in there (Stormont) on Monday because without government we can’t deliver anything in Northern Ireland.

“I think given all the challenges that we face, if we squander this opportunity people will not forgive us, so we need to get in there.”

The DUP, led by Sir Jeffrey Donaldson, will comfortably retain its position as the largest unionist party despite a drop in its overall share of the vote.

Speaking at the count at the Titanic Exhibition Centre, Sir Jeffrey said unionism “has held its ground”.

“The unionist vote remains strong, we are the largest designation in the Assembly, I think there is a lot of spin around results and I’m very pleased with how the DUP has done in our constituencies,” he said.

“We’ve held a remarkable number of seats where people were predicting all kinds of negative things, so we have strong foundations, we continue to build on them.”

Asked whether Northern Ireland will have devolved government in 2022, Sir Jeffrey said: “Let’s cross all the bridges when we get to them.”

He also said he will make it clear next week whether he will return to Stormont or remain at Westminster.

“The party officers will sit down, we will consider what we need to do now to get the action that is required from the Government, I will be making my decision clear on all of that early next week,” he told the BBC.

Sir Jeffrey was elected on the first count in Lagan Valley.

UUP leader Mr Beattie said voters had flocked to Alliance because they had been “turned off by angry, negative unionism”.

He said: “I am from Upper Bann, I have had to make unpopular decisions in the direction of the party as party leader and that may well have had an effect on me, but these are the sort of things you go through all the time when you’re thinking about an election.

“People are going to the likes of the Alliance Party in droves because they’re being turned off by that angry, negative unionism.”

TUV leader Jim Allister retained his seat in North Antrim, but it is looking unlikely his party will win any further seats.

Some 239 candidates stood across 18 constituencies.

Five Assembly seats are up for grabs in each of the 18 constituencies. 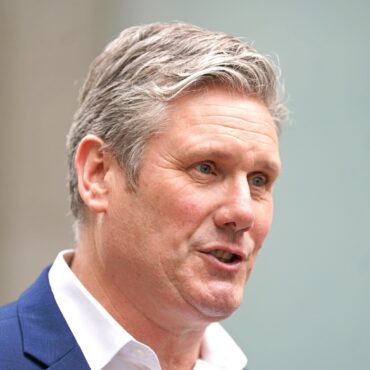 Durham Constabulary have launched an investigation into whether the Labour Party leader acted unlawfully Sir Keir Starmer said he is “confident” that he did not breach lockdown rules by having a beer and curry at a campaign event. The Labour leader spoke after Durham Constabulary confirmed it was investigating claims an evening event attended by the Labour leader with other senior party figures and activists last year might have broken […]