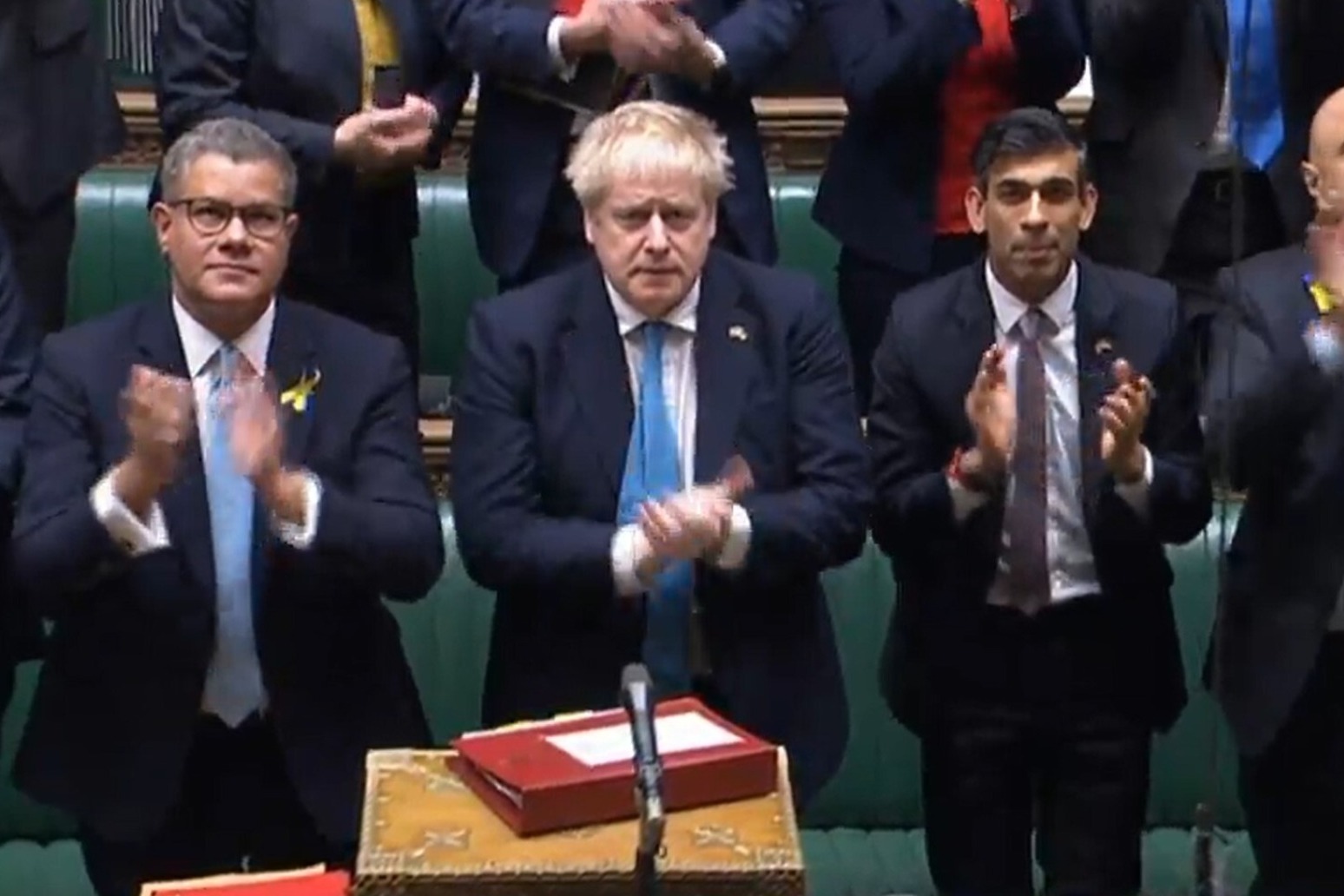 Boris Johnson accused Vladimir Putin of committing war crimes as he condemned “abhorrent” attacks on the citizens of Ukraine.

The UK fears the Russian leader will unleash even greater force against Kyiv and other Ukrainian cities in the coming days.

Strikes that damaged the Babi Yar Holocaust memorial in Kyiv and the central square in Kharkiv have caused revulsion, and Western allies fear it is a sign of a shift in Russian tactics towards indiscriminate targeting of urban areas.

At Prime Minister’s Questions, Mr Johnson said: “Putin has gravely miscalculated; in his abhorrent assault on a sovereign nation, he has underestimated the extraordinary fortitude of the Ukrainian people and the unity and resolve of the free world in standing up to his barbarism.”

More than 2,000 civilians have died since the invasion, Ukraine’s state emergency service said, although that figure has not been independently verified.

The chief prosecutor of the International Criminal Court, Karim Khan, has said he plans to open an investigation into events in Ukraine and Mr Johnson told MPs: “What we have seen already from Vladimir Putin’s regime in the use of the munitions that they have already been dropping on innocent civilians, in my view, already fully qualifies as a war crime.”

The Prime Minister said “the vice is tightening on the Putin regime” as he was urged by Labour leader Sir Keir Starmer to ramp up sanctions against oligarch allies of the Russian leader.

Sir Keir, who called for Chelsea owner Roman Abramovich to face sanctions, said: “Now is the time to sanction every oligarch and crack open every shell company so we can prove Putin wrong.”

The Ministry of Defence said the latest intelligence suggested Russian forces had reportedly also moved into the centre of Kherson in south Ukraine.

But Mr Wallace said the advance of Russian forces continued to be slowed by a combination of overstretched logistics, poor morale and brave resistance by Ukrainian fighters.

He told BBC Breakfast that despite the presence of Russian troops, “none of the major cities have been taken control of”.

There was “huge amounts of low morale in the Russian forces, we’ve seen lots of surrenders”.

However, he added: “But that doesn’t take away from the fact you have a very ruthless Russian armed forces leadership and a president who seems to know no limit to how much violence they will use to achieve their aims.”

The lack of progress in meeting the aims of the invasion had led to a change in tactics, focusing on aerial and artillery bombardment of cities rather than the kind of lightning mobilised armoured advances originally envisaged by the Kremlin, Western military experts believe.

Mr Wallace told Sky News that meant a plan to “carpet-bomb cities, indiscriminately in some cases” and on BBC Radio 4’s Today he warned Russian forces would “pummel these cities with artillery and then hope to break the city”.

The tactics had been used in Chechnya but Ukraine is a different proposition because of its size and population.

Mr Wallace warned that an occupying force would face the kind of insurgency faced by the Soviets in Afghanistan or the UK and Western allies in Iraq.

There could be “years of resistance” to a Russian occupation, he said.

The Defence Secretary again rejected calls for the UK and its allies to enforce a no-fly zone in the skies above Ukraine, because shooting down a Russian plane could trigger a Europe-wide conflict between Mr Putin and Nato.

A no-fly zone would also have to apply to Ukrainian jets, meaning they could not target Russian forces from the air, he added.

“If you had a no-fly zone in Ukraine, the overwhelming scale of the Russian army would be able to drive around with impunity, which it can’t at the moment.”

But he said the UK had “led the way” in supplying surface-to-air weapons systems to Ukraine.

– The European Union announced that seven Russian banks were being excluded from the Swift system which allows fast and efficient interbank transactions.

– The UN General Assembly will vote on Wednesday on a resolution demanding that Russia immediately stops using force against Ukraine and withdraws its military from the country.

– Russia said it would be ready for further peace talks with Ukraine later on Wednesday.

– Ukrainian ambassador to the UK Vadym Prystaiko was given a standing ovation by MPs in the Commons.

– The UN’s refugee agency believes more than 874,000 people have fled Ukraine since the invasion last week and the figure could reach a million within hours. 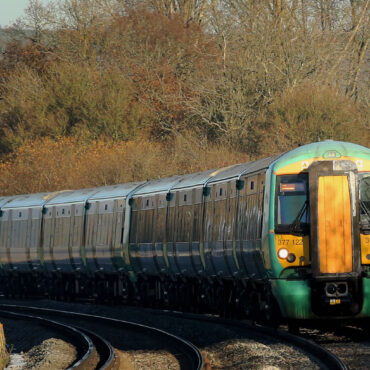 They are braced for largest spike in fares since 2013 Train passengers in England and Wales will be hit with the largest fare rises in nearly a decade from today. Campaign group Railfuture accused the UK Government of “stoking the fire of the cost of living crisis” by enabling an increase in ticket prices of up to 3.8%. The cap on fare rises in England and Wales matches the Retail […]