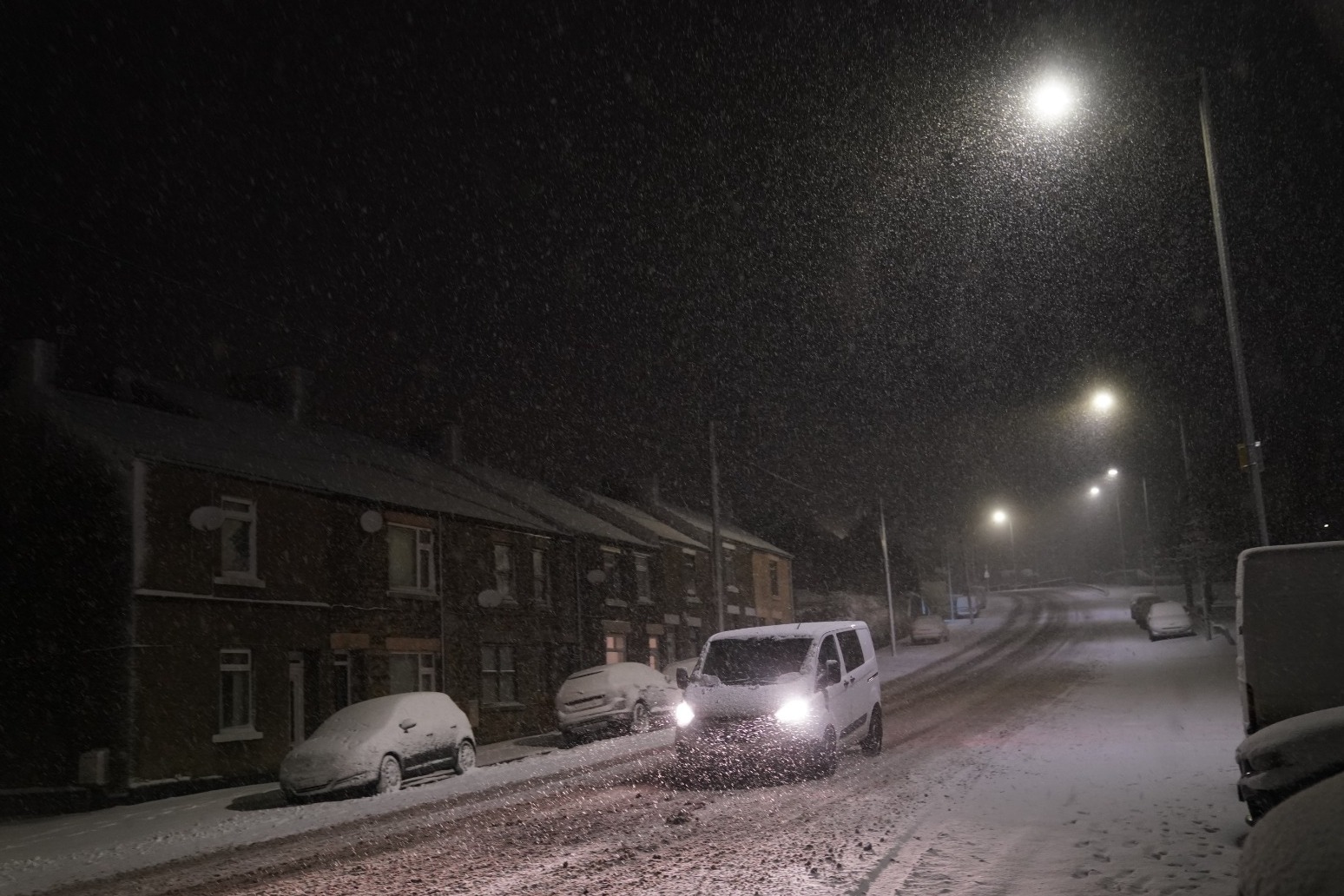 We’re being told to avoid travelling

Millions were bracing for “dangerous conditions” as winds from the second storm in a week prompted two rare red weather warnings for much of the south of England and part of Wales.

The second rare highest alert – meaning a high impact is very likely – was issued to run from 10am until 3pm over the East of England on Friday due to fears of Storm Eunice “causing significant disruption and dangerous conditions due to extremely strong winds” up to 90mph, the Met Office said.

The warning covering Greater London, Kent, Surrey and other parts of the South East joined an earlier-announced red weather warning starting from 7am along the coastline of Devon, Cornwall and Somerset as well as the south coast of Wales due to the combination of high tides, strong winds and storm surge.

Wind gusts in the most exposed coastal areas could exceed 90mph, the Met Office said, while an amber warning for gusts up to 80mph covers the whole of England from 5am to 9pm.

Met Office chief meteorologist Paul Gundersen said: “After the impacts from Storm Dudley for many on Wednesday, Storm Eunice will bring damaging gusts in what could be one of the most impactful storms to affect southern and central parts of the UK for a few years.”

“The red warning areas indicate a significant danger to life as extremely strong winds provide the potential for damage to structures and flying debris.”

The Met Office also took the unusual step of issuing a severe weather alert with National Highways for strong winds covering the whole of the country’s strategic road network from 6am to 6pm.

National Highways said high-sided vehicles and other “vulnerable” vehicles such as caravans and motorbikes could be blown over so should avoid bridges and viaducts.

He said: “In high winds, there’s a particular risk to lorries, caravans and motorbikes so we’d advise drivers of these vehicles to slow down.

“Drivers of other vehicles should be aware of sudden gusts of wind which can affect handling and braking, and give high-sided vehicles, caravans, and motorbikes plenty of space. In the event of persistent high winds we may need to close bridges to traffic for a period, so please be alert for warnings of closures and follow signed diversion routes,” he added.

The Environment Agency has issued 10 severe flood warnings, meaning there is a danger to life.

Environment Agency flood duty manager Katharine Smith said: “Strong winds could bring coastal flooding to parts of the west, south-west and south coast of England, as well as the tidal River Severn, in the early hours of Friday morning. This is due to Storm Eunice resulting in high waves and potential storm surge coinciding with the start of a period of spring tides.”

Those travelling between England and Wales overnight faced difficulties with the closing of the Severn Bridge, while the alternative Prince of Wales bridge was expected to be closed about 6am.

National Highways announced the Orwell Bridge in Suffolk was closed in both directions with the Dartford Crossing joining it in shutting about 5am.

People have been warned to “tie down” objects in their gardens and be wary of fierce winds which could cause trees to topple over and tiles to fly off buildings.

A number of attractions including the London Eye, Legoland and Warwick Castle are temporarily closing.

A Network Rail spokesman said disruption is “inevitable” and Welsh services will be suspended for the whole day, while London North East Railway urged customers with tickets for Friday to travel on Saturday instead or get a refund due to expected disruption and damage.

East Midlands Railway said trains to and from London St Pancris “may be withdrawn at short notice”, National Rail said there would be no trains between Nottingham and Skegness until about 8am, and Northern said it was advising customers “NOT TO TRAVEL across the Northern network”.

It comes after Storm Dudley caused travel disruption and power cuts to parts of the UK on Wednesday.

The Cobra emergency committee met on Thursday “to discuss the response to Storm Dudley and Storm Eunice” and to plan for power cuts, the Government said, while Prime Minister Boris Johnson said the Army is on standby to help those affected by Storm Eunice. 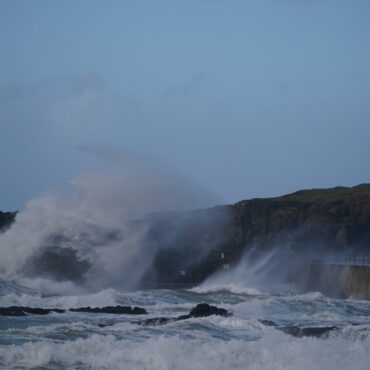 Thousands of homes without power after Storm Dudley hits UK

Thousands of homes have been left without power after Storm Dudley swept through parts of the UK. Capel Curig in Wales experienced gusts of up to 81mph, with Emley Moore in Yorkshire and Drumalbin in South Lanarkshire seeing 74mph winds. Northern Powergrid stated that as of 9pm on Wednesday, around 4,000 people were still without power. National Rail said as of 7am Thursday, dozens of train companies have been affected […]