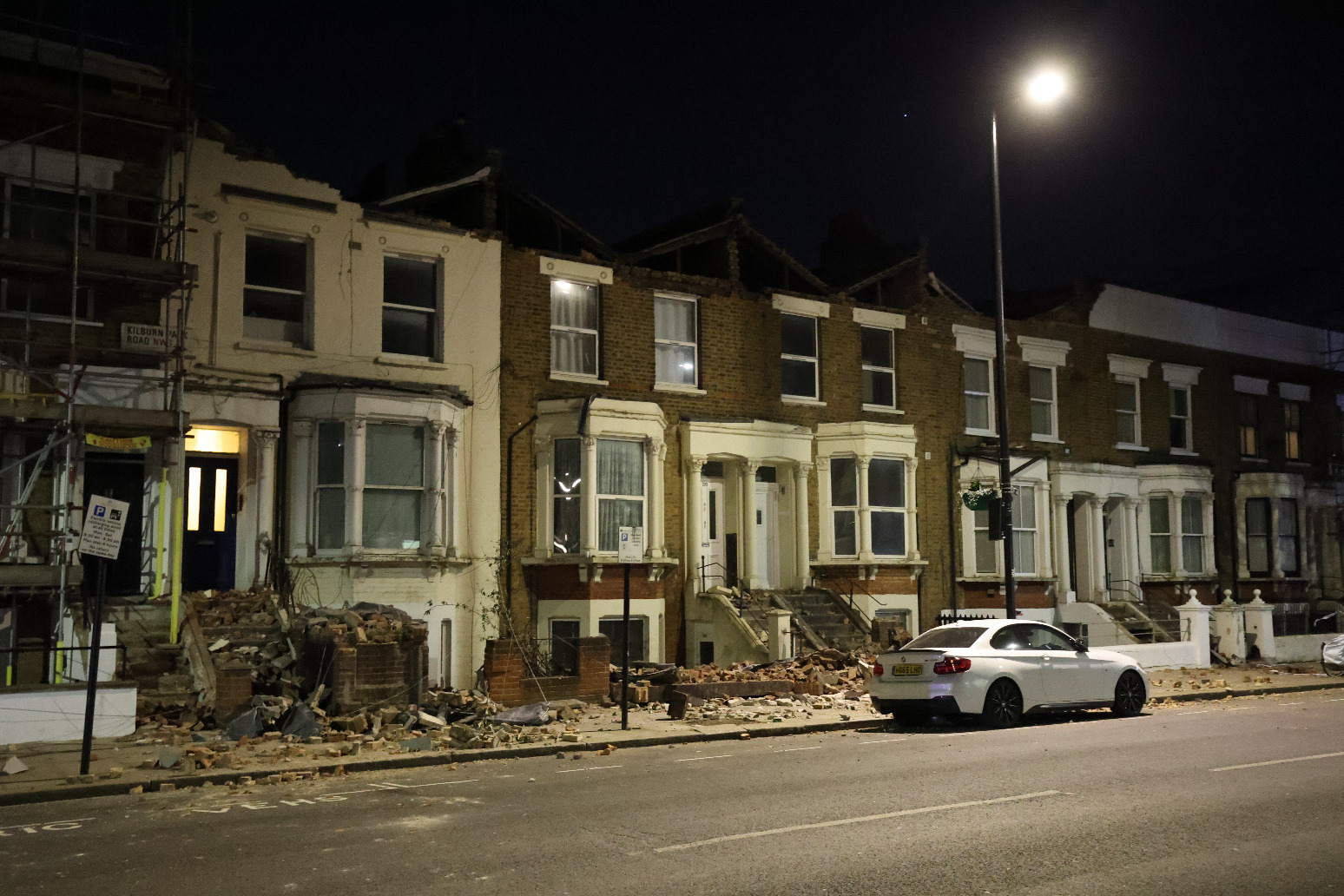 Weather warning continue in some parts of the UK on Saturday

Four people have been killed, with several others injured, as Storm Eunice brought damage, disruption and potentially record-breaking gusts of wind to the UK and Ireland.

A woman in her 30s died after a tree fell on a car in Haringey, north London, on Friday afternoon, the Metropolitan Police said. It was the first confirmed death in England related to Eunice.

A man in his 50s died in Netherton, Merseyside, after debris struck the windscreen of a vehicle he was travelling in.

In a statement, Merseyside Police said: “Officers were contacted at just after 2.10pm to reports that debris had struck the windscreen of a vehicle at Switch Island/Dunningsbridge Road.

“A male passenger in the vehicle was injured. Paramedics attended at the scene but the man, who is in his 50s, was sadly pronounced dead. The male driver of the vehicle was not injured.

“The passenger’s next of kin have been made aware and are being supported by specially trained officers and inquiries into the incident are ongoing.”

A man in his 20s was killed in Alton, Hampshire, after a Mercedes-Benz Sprinter pick-up collided with a tree in Old Odiham Road just before midday.

Earlier, a man in Co Wexford, Ireland, was also killed by a falling tree.

Mayor of London Sadiq Khan said of the incident in Haringey: “My thoughts and prayers are with the families of the woman who tragically lost her life and the man who was seriously injured in Highgate this afternoon.

“I’d like to pay tribute to all those in the emergency services who have been working tirelessly to keep us safe and urge all Londoners to remain cautious and avoid taking risks as this storm passes.”

It came as millions of people were urged to stay at home on Friday due to safety fears over the impact of Eunice, one of the worst storms to hit the UK in a generation, while transport woes meant many were unable to travel.

Both of the Met Office’s ultra-rare “red” weather warnings over the impact of extremely strong winds have now elapsed, but Eunice’s impact is expected to continue.

A member of the public suffered “serious injuries” after being struck by debris from a roof in Henley-on-Thames.

Two men are also in hospital after being injured in similar, separate incidents in south London.

Police forces and local authorities across the country reported being inundated with phone calls related to the storm, with East Sussex County Council receiving 97 fallen tree reports by 4pm.

Tens of thousands of homes remain without power and the transport network remains severely impacted.

John Curtin, executive director of operations with the Environment Agency, said: “We are not through it yet. We have still got to see Storm Eunice go to the far parts of the coast – Cumbria and Kent.

“Then we will be turning our eyes to rivers, especially the River Severn. If you are anywhere near a river, please check your flood risk.”

He added: “Every storm seems to be breaking records.

“I have been doing this for 30 years and the weather seems to be just getting worse and worse.

“I think this is showing climate change in action.”

Winds of 122mph have been provisionally recorded at the Needles on the Isle of Wight, which, if verified, would be the highest ever recorded in England.

The previous record was 118mph at Gwennap Head in Cornwall in 1979.

Around 190,000 customers were without power as of lunchtime, according to the Energy Networks Association, with the vast majority of them in the south west of England.

On the transport network, several routes were closed.

Wind speeds forced both the M4 Prince of Wales Bridge and M48 Severn Bridge into Wales to close to traffic for what is believed to be the first time in history, while the Humber Bridge linking Yorkshire and Lincolnshire closed from 1.30pm.

The A6 in Buxton was also closed on Friday afternoon after a lorry blew over, causing minor injuries.

Train operators across Britain urged passengers to avoid travelling altogether, with no services operating in Wales for the entire day and seven train operators suspending all routes.

P&O Ferries stopped services between Dover and Calais, while dozens of flights were cancelled and hundreds delayed across UK airports.

Elsewhere, Royal Mail said it “had no choice” but to suspend deliveries in parts of the country due to safety concerns.

Footage shared online captured planes struggling to land in high winds, damage to the roof of the O2 arena in London, and the spire of St Thomas Church in Wells, Somerset, crashing to the ground

But despite the chaos, emergency services were forced to issue warnings for people to stay away from the worst-affected areas.

Roy Stokes, from the Environment Agency, said it was “probably the most stupid thing you can do” to travel to the most exposed places, amid reports of people climbing on to seawalls and swimming in the sea.

Nevertheless, the Environment Agency said Eunice had “not resulted in the significant impact initially forecast”.

The Met Office has issued a less-severe yellow wind warning for much of the south coast of England and South Wales on Saturday, which it said “could hamper recovery efforts from Storm Eunice”. 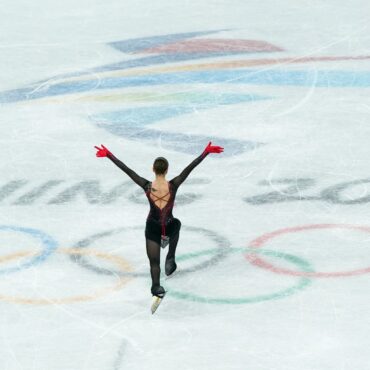 She left the rink crying because of her mistakes in the performace International Olympic Committee president Thomas Bach has launched a scathing attack on the team behind Kamila Valieva, the 15-year-old figure skater at the centre of a drugs probe who wilted under the global glare of the Winter Olympics in Beijing on Thursday night. Bach said he was “disturbed” by the “chilling” attitude of Valieva’s coaches as she left […]