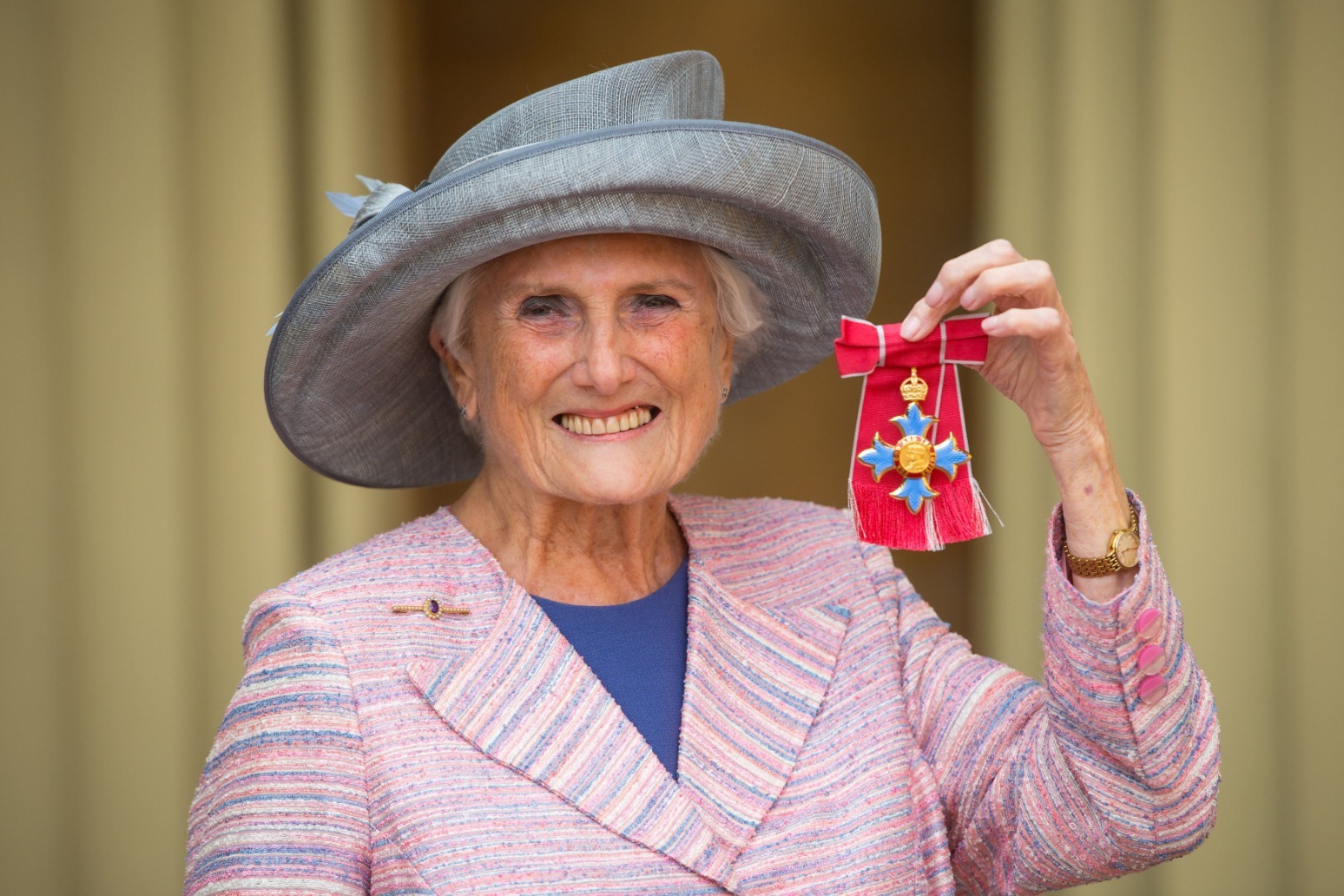 The influential media executive “passed away peacefully” on Saturday surrounded by family.

Across her varied career, Vertue progressed from secretary to talent agent before establishing herself as an award-winning producer of TV and film through her company Hartswood Films.

Her daughters Sue and Debbie said in a statement to the PA news agency: “It’s with the heaviest of hearts that we have to share the sad news that mum/Beryl passed away peacefully last night. It wasn’t Covid, it was just her nearly 91-year-old body saying enough is enough.

“We were there so the passing was as good as one could hope for. Nothing wrong with her brain – even earlier this week she was grilling us both about work.

“It’s really impossible to believe that she has gone though, because I know we’re not alone in thinking that somehow she’d go on forever. She meant so much to so many.

“She wasn’t just our mum, she was our best friend, our mentor, our adviser, our role model, our holiday companion, our giggle-maker and our boss! She adored her family and was so proud of us all. She also adored her career and spending time with everybody.

“She loved a glass of wine at lunchtime, she loved asking the common sense question, she was often the last person at a party, she didn’t suffer fools, she was fair, she was kind, she was fun, she was stubborn, in fact she was the total package and we will miss her beyond words.

Vertue’s career started when she was asked by Steptoe And Son writers Ray Galton and Alan Simpson to type up their scripts.

When in the mid-1950s the pair set up Associated London Scripts (ALS) with Spike Milligan and Eric Sykes, she began finding work and negotiating fees for figures such as sitcom scriptwriter Johnny Speight and actor-comedian Frankie Howerd, in effect becoming their agent.

She also had success selling shows such as Til Death Us Do Part and All In The Family to the US market.

In 1967, music manager and impresario Robert Stigwood bought a majority stake in ALS and Vertue became managing director of his new company RSO.

She founded Hartswood Films in 1979 and it would go on to produce shows including the hit 1990s sitcom Men Behaving Badly starring Martin Clunes, Neil Morrissey, Leslie Ash and Caroline Quentin.

Hartswood was also behind the popular and critically acclaimed drama Sherlock starring Benedict Cumberbatch, based on the books by Sir Arthur Conan Doyle.

In 2004, she received Bafta’s Alan Clarke award for outstanding creative contribution to television.

And March 2012 saw her honoured with the lifetime achievement gong at the Royal Television Society Programme Awards.

In 2016, Cumberbatch presented her with a lifetime achievement prize at the Women In Film And TV Awards.

Her daughter Sue followed in the TV industry as a producer and is married to writer and producer Steven Moffat, former showrunner of Doctor Who and co-creator of Sherlock.

Vertue discussed her career with host Kirsty Young while a guest on BBC Radio 4 programme Desert Island Discs in 2013.

Her musical choices included Sir Elton John’s cover of Pinball Wizard, Morning Of My Life by the Bee Gees and SHERlocked from the Sherlock TV series soundtrack.