Cause of Glasgow School of Art blaze undetermined 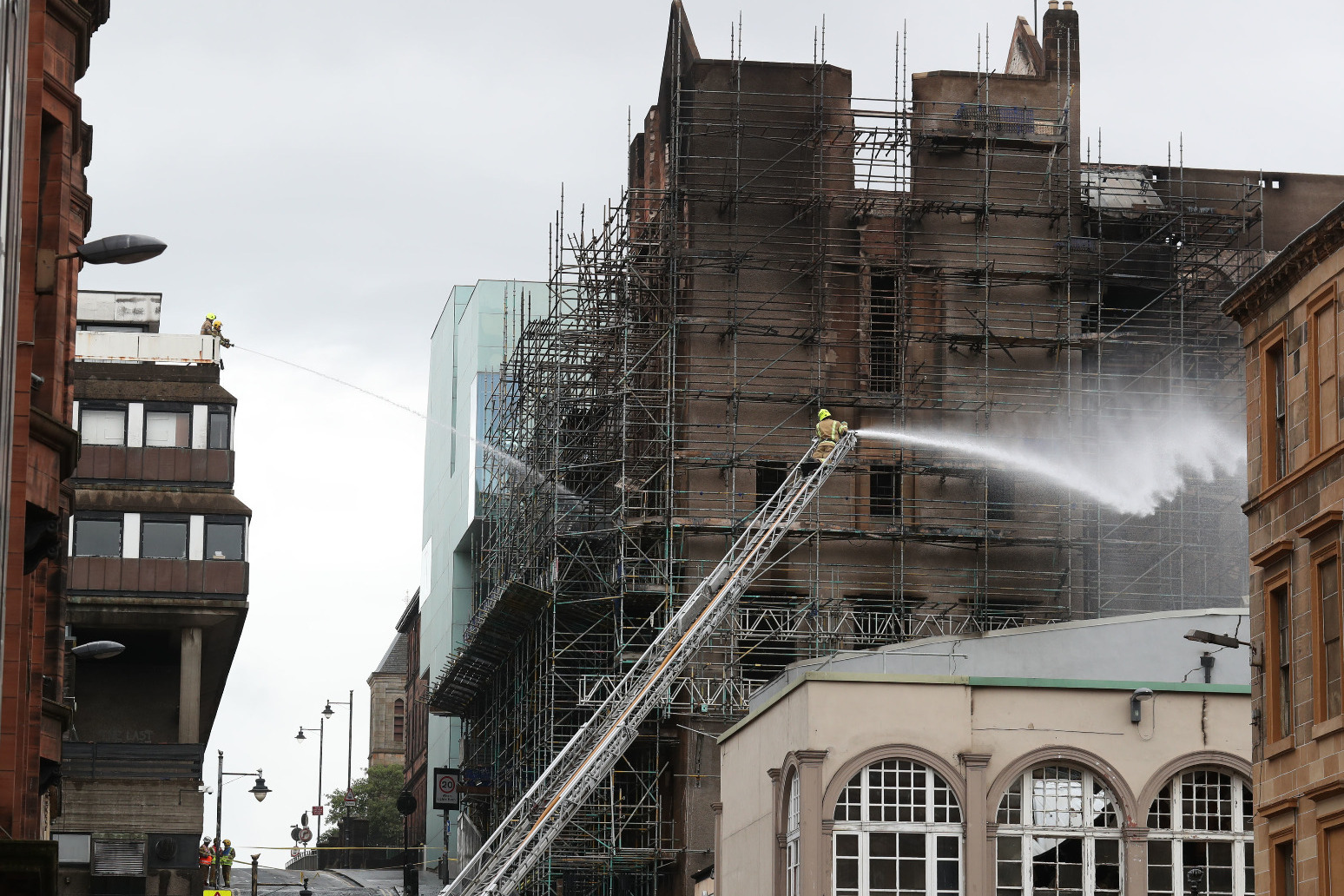 Investigators have been unable to determine what started the fire that swept through Glasgow School of Art’s Mackintosh building, causing “catastrophic damage” more than three years ago.

The Scottish Fire and Rescue Service (SFRS) said that due to the extensive damage at the site and the fact physical evidence was destroyed in the fire it has been unable to establish how the blaze started and recorded the origin and cause as “undetermined”.

Fire broke out at the world-renowned building, designed by Charles Rennie Mackintosh, late on June 15 2018 as it neared the end of a £35 million restoration project following a previous fire in May 2014.

Investigators formed three broad hypotheses which were that the blaze may have been caused by wilful fire-raising, fault or failure of electrical appliances or distribution systems, or accidental ignition (not electrical), but did not find enough evidence to support any of the theories despite an “unprecedented and extended investigative process”.

In its report, published on Tuesday, SFRS said the inquiry has been the “largest, most complex, resource-intensive fire investigation” it has ever undertaken and led.

Ross Haggart, SFRS deputy chief officer, said: “Our investigation into the devastating fire at the Glasgow School of Art has been a deeply complex and protracted process.

“Due to the nature of the ongoing restoration and construction works combined with other factors such as the air supply into the building, the fire was unfortunately able to take hold, spread and ultimately cause catastrophic damage.

“This presented a number of challenges to our investigation, namely working within a structurally dangerous site to physically examine hundreds of tonnes of debris which was up to four metres in height and heavily compacted.”

He added: “We scrutinised every aspect of this fire to ensure our investigation was as robust and thorough as possible.

“Unfortunately, almost everything within the building was severely damaged or consumed in the fire and that included any potential items of evidence that could have provided those answers.”

The report describes how on the evening of the fire the nightshift security guard went to investigate after hearing strange noises in the building and “when he reached the level four landing, he observed fire and sparks in what he described as ‘a crawl space’ or a ‘duct’”.

He immediately retreated and called 999 at 11.19pm to report the blaze.

The first fire engines arrived on scene within six minutes – however half of the building was well alight within thirty-eight minutes of their arrival.

At the height of the incident more than 120 firefighters were at the scene tackling the blaze, which also affected neighbouring music venue the O2 ABC and the Jumpin Jaks nightclub.

The report stated that the Mackintosh building was in a vulnerable condition and at higher risk of fire due to the ongoing restoration work, and that the ducts that were part of the ventilation system probably helped the fire spread as “the well-ventilated ducts most likely served to provide a chimney effect, entraining an endless supply of fresh air to the fire as it developed and spread across the entire building”.

Investigators said that it is likely the fire started on the east side on or above level four of the Mackintosh building.

Giving further detail on the hypotheses, the report describes how CCTV footage taken from the Sports Complex Building of nearby St Aloysius College captured a lone figure in the car park around three hours after the fire was discovered, who was never traced by Police Scotland, with no further inquiries under way.

It states what while the timeframe concerning this individual does not coincide with the outbreak of fire, earlier involvement in wilful fire-raising activity “cannot be fully discounted” although there is no evidence to support such a scenario, while it also cannot be discounted that an unknown person or people entered the site undetected and started a fire.

Professor Penny Macbeth, GSA director, and Kristen Bennie, interim chairwoman of the GSA Board of Governors, thanked SFRS for their “meticulous approach to this incredibly complex investigation” and for their “steadfast commitment to establishing the facts and the cause of the 2018 fire”.

They said: “It has been a very difficult time for the city, and in particular our closest neighbours, for students, staff and the wider heritage sector all of whom have been impacted in myriad ways by both Mackintosh Building fires.

“While the SFRS Fire Investigation Report is detailed and comprehensive, we share the frustration that many will feel that the exact cause of the fire has not been identified. Taking time to study and consider the report thoroughly, in particular the recommendations, we will now undertake and share a lessons learned exercise on all aspects of the restoration to inform future construction projects.

“The SFRS Fire Investigation Report is an important milestone allowing us to progress the Mackintosh Project as outlined last October in the Strategic Outline Business Case. We are committed to the faithful reinstatement of the Mackintosh Building within the practical constraints of the regulatory environment, as an integral part of the GSA, as a catalyst and key driver for the social and economic revival of Garnethill and Glasgow and as an exemplar of sustainability for heritage buildings.”

The SFRS report makes a number of recommendations including the introduction of new mechanisms to enhance information sharing around ongoing construction projects in Scotland. 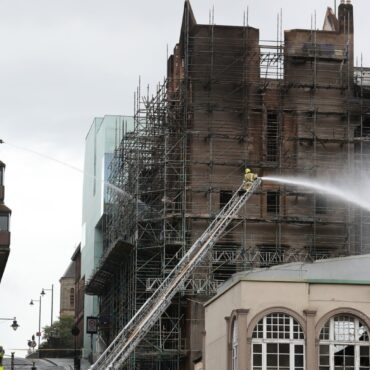 Cause of Glasgow School of Art blaze undetermined report finds

Investigators have been unable to determine what started the fire that swept through Glasgow School of Art’s Mackintosh building, causing “catastrophic damage” more than three years ago. The Scottish Fire and Rescue Service (SFRS) said that due to the extensive damage at the site and the fact physical evidence was destroyed in the fire it has been unable to establish how the blaze started and recorded the origin and cause […]