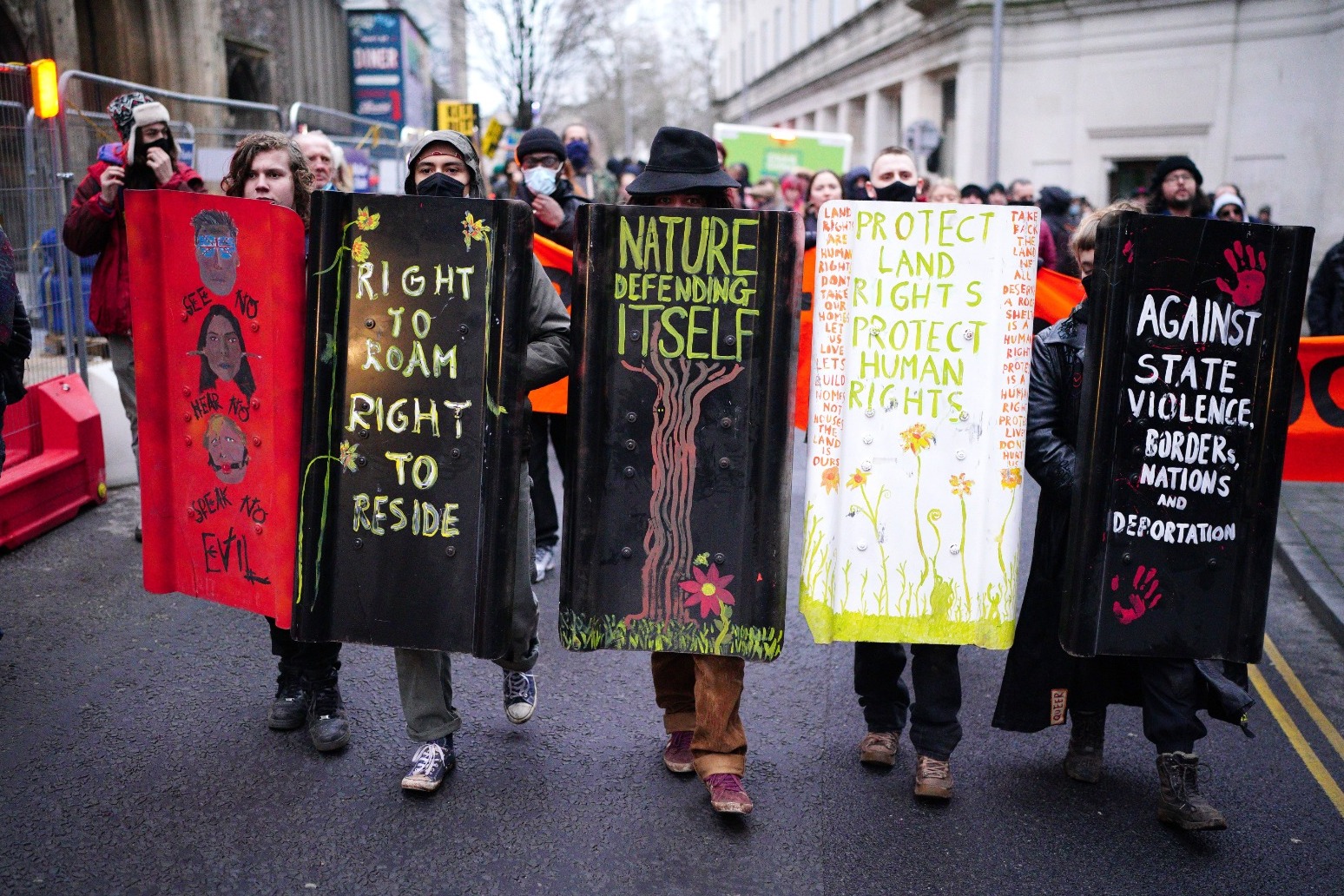 Activists have taken to the streets across the country in “Kill the Bill“ protests, calling on the House of Lords to reject the police, crime, sentencing and courts bill which would restrict non-violent protest.

The action came ahead of a crucial vote on the bill by peers on Monday.

Protesters describe it as a draconian crackdown on the right to assembly, freedom of expression and other civil liberties.

In London, many hundreds marched from Holborn to Westminster, chanting “kill the bill” and carrying placards reading “defend the right to protest” and “we will not be silenced”.

A wide range of social, racial and environmental justice groups, including Black Lives Matter and Extinction Rebellion, joined the rally, demanding that peers stop the bill from becoming law.

Labour peer Baroness Chakrabarti told a crowd in Parliament Square that the anti-protest provisions in the legislation “represent the greatest attack on peaceful dissent in living memory”.

She said: “This right-wing, authoritarian Government used to encourage pro-Brexit demos and statue defenders when it suited them.

“This Government bangs on about free speech and whinges about cancel culture.

“It talks a good game about China and Russia and every other place in the world where fundamental rights are under attack.

“But free speech is a two-way street.

“And do you know what? The ultimate cancel culture, it doesn’t come with a tweet – it comes with a police baton and a prison sentence for non-violent dissent.”

Former Labour leader Jeremy Corbyn warned that the laws would “disempower” the public.

He said: “If the right to protest is restricted, if you have to seek police permission to do anything, well, where does that lead to?

“It leads to every protest becoming a conflict about having the protest, rather than what the protest is about.

“This effectively disempowers us all, puts us all on the back foot and puts us all in a totally defensive mode.

“So we end up endlessly defending things instead of demanding things.”

He added: “This sense of disempowerment is designed to have a depressive effect, particularly on young people.”

Hundreds of clinical psychiatrists and psychologists have also expressed their concerns about the bill‘s impact on young people’s mental health, writing in an open letter that curtailing their right to non-violent protest “will further erode young people’s trust in politicians, and their belief that their voices are heard, respected and matter”.

“We cannot think of better measures to disempower and socially isolate young people,” the more than 350 signatories wrote in the letter, published online.

The bill would put protesters at risk of lengthy prison sentences and hefty fines for actions that cause “serious annoyance”, which could be done just by making noise, and for anyone found guilty of the “desecration” of a statue.

It would expand stop-and-search powers, and new laws against residing on land without authorisation with a vehicle would effectively criminalise gypsy, Roma and traveller communities.

Amendments added to the bill by the Government in the House of Lords in November make obstructing major transport works a criminal offence and would equip police with the power to ban named people from demonstrating or even using the internet to encourage others to do so.

Ben Hancock, 70, from London, told the PA news agency: “The measures are completely draconian really, basically rights will be taken away from anybody to protest.

“I mean, effectively we’re going to be reduced to a state similar to Russia.”

Sue, 62, who would only give her first name and who had travelled to the protest as part of Extinction Rebellion from Godalming, Surrey, said: “I believe that some of the provisions in that bill will severely limit the sorts of things that we’re able to do to protest.”

Tied to a fellow protester, she added: “So we won’t, for instance, be able to be together like this holding hands, or or even tying ourselves together.

“There are many, many things that we won’t be able to do and really, protests will just be a thing of the past.

“And so many of the the freedoms that we have in this country have been gained through protest.

“Not through just people being quiet about it, and people in power deciding that they’ll give freedoms to people, but because people have come out on the streets and made a noise and made a protest.

Terry Matthews, 69, from south London said: “I think we’re facing a really vitriolic attack on our rights to protest and our freedoms to show our dissatisfaction with the status of the Government and the country.

“And it’s a really dangerous step to try to take.”

Home Secretary Priti Patel has argued that the laws are to rein in disruptive protest actions by groups such as Insulate Britain, who have glued themselves to motorways, but critics say its impact would be much further reaching. 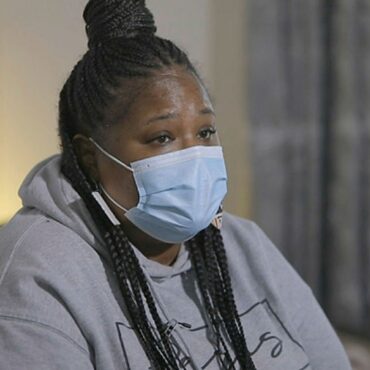