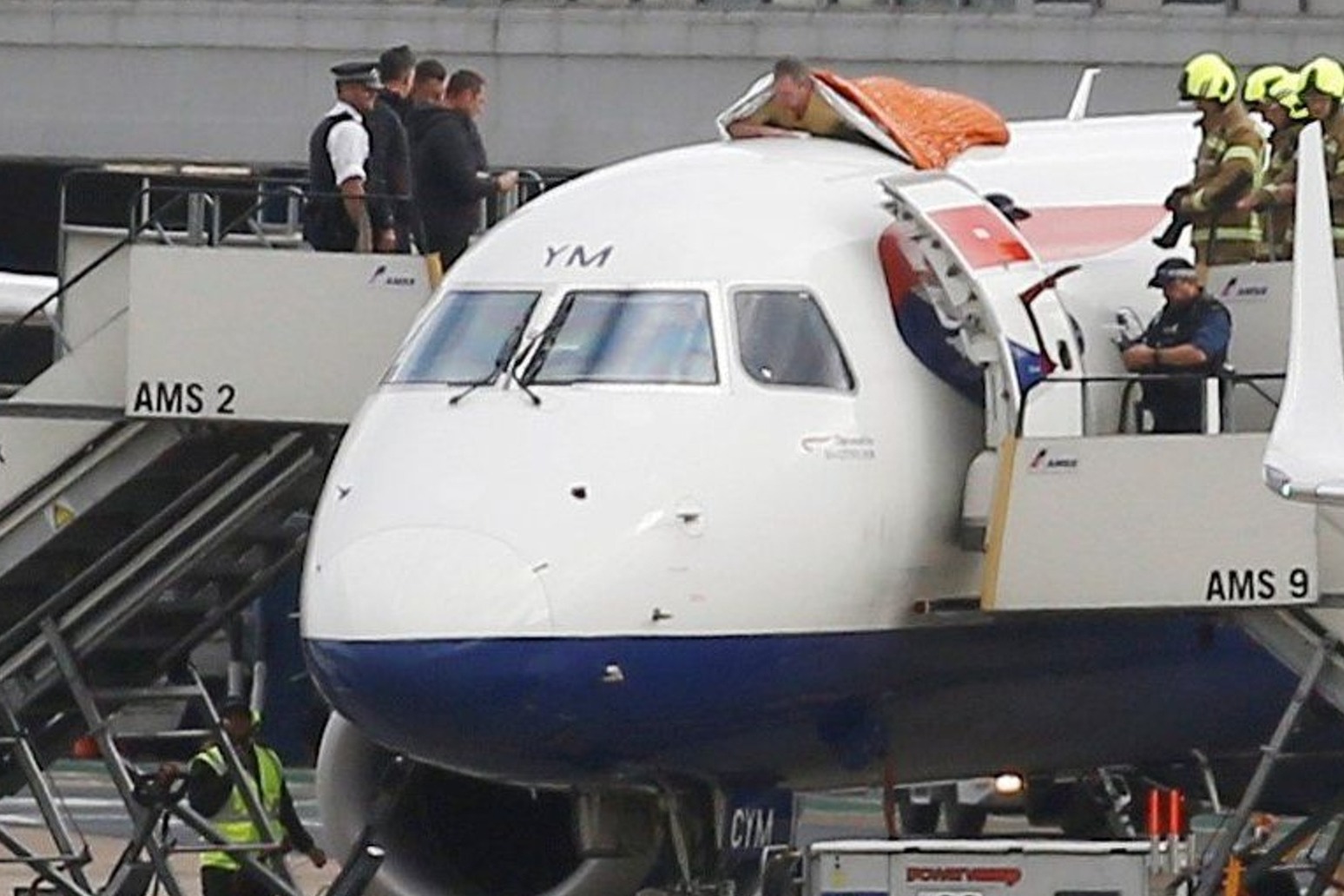 A former Paralympic athlete given a 12-month jail term after supergluing himself to the roof of a British Airways plane at London City Airport in a bid to draw attention to the climate crisis has had his sentence cut to four months by appeal judges.

Extinction Rebellion activist James Brown, of Exeter, Devon, was jailed by a judge at Southwark Crown Court in September after being convicted of causing a public nuisance.

Lawyers representing Brown, who has been registered blind since birth, challenged his conviction and sentence at a Court of Appeal hearing in London in December.

They dismissed his appeal against conviction.

The three judges had said at the appeal hearing that Brown, who is in his late 50s, could be released on bail, pending the delivery of their ruling.

They imposed a bail condition which barred him from entering any airport where commercial flights operate.

Lawyers representing Brown said there had been no reason to charge him with causing a public nuisance, questioned the proportionality of the decision to bring the charge, and said he could have been charged with aggravated trespass.

They also told appeal judges that custody was not justified on the facts of the case.

Lawyers argued the 12-month term was “manifestly disproportionate” and said Brown suffered “unique hardship” in prison because of his disability.

Judge Gregory Perrins, who had jailed Brown, said when passing sentence after the trial that he had “cynically used” his disability and put his “own life at risk” to carry out the stunt at London City Airport on October 10 2019.

The double gold medallist climbed onto the plane, which was destined for Amsterdam, before gluing his right hand to the aircraft and wedging his mobile phone in the door to prevent it from closing.

He livestreamed the protest until he was removed after an hour.

Brown, whose family are from Belfast, represented Great Britain in cycling and athletics before going on to represent Ireland in cross-country skiing.

Southwark Crown Court heard that 337 passengers had their flights cancelled, with the disruption costing the airline around £40,000.

Brown, who represented himself at his trial, denied one count of causing a public nuisance, claiming he had “to do something spectacular” to draw attention to the climate crisis.

But he was found guilty after a jury deliberated for less than an hour.

Lord Burnett said, in a written ruling, that people who caused major disruption at airports and were convicted of causing a public nuisance ran “a substantial risk” of going to prison.

But he said appeal judges had considered whether a 12-month jail term was “manifestly excessive” in the light of Brown’s conduct, antecedents and disability.

He added: “Taking account of all the circumstances, we have concluded that the sentence should be one of four months’ imprisonment.”

Lord Burnett said the judges’ “starting point” took account of the “impact” of Brown’s conduct as well as the “broader intention to cause wider disruption and the need for deterrence”.

He added: “The right to peaceful protest should not lead to tolerance of behaviour that is far removed from conveying a strongly held conviction but instead seeks to cause chaos and as much harm as possible to members of the public.”

Lord Burnett said judges had concluded that Brown’s conviction was not “unsafe”.

Solicitor Raj Chada, who represented Brown and is based at law firm Hodge, Jones & Allen, said: “We are delighted that James’s sentence has been reduced and having been granted bail, this means that he is does not need to return to prison.

“Nevertheless, we are disappointed that his conviction has been upheld and we will be reviewing the judgment carefully and considering our appeal options.” 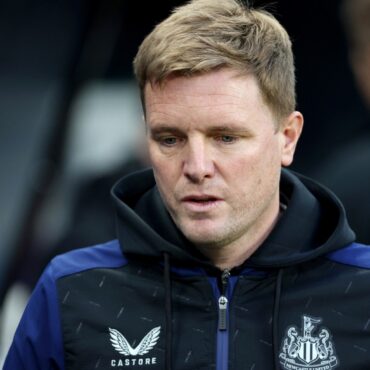 Eddie Howe has warned that Newcastle will not be held to ransom as they attempt to flex their financial muscle in a bid to avoid relegation from the Premier League. The club’s new owners, backed by the spending power of Saudi Arabia’s Public Investment Fund, have already splashed out around £37million to secure the services of England defender Kieran Trippier from Atletico Madrid and Burnley’s New Zealand striker Chris Wood. […]