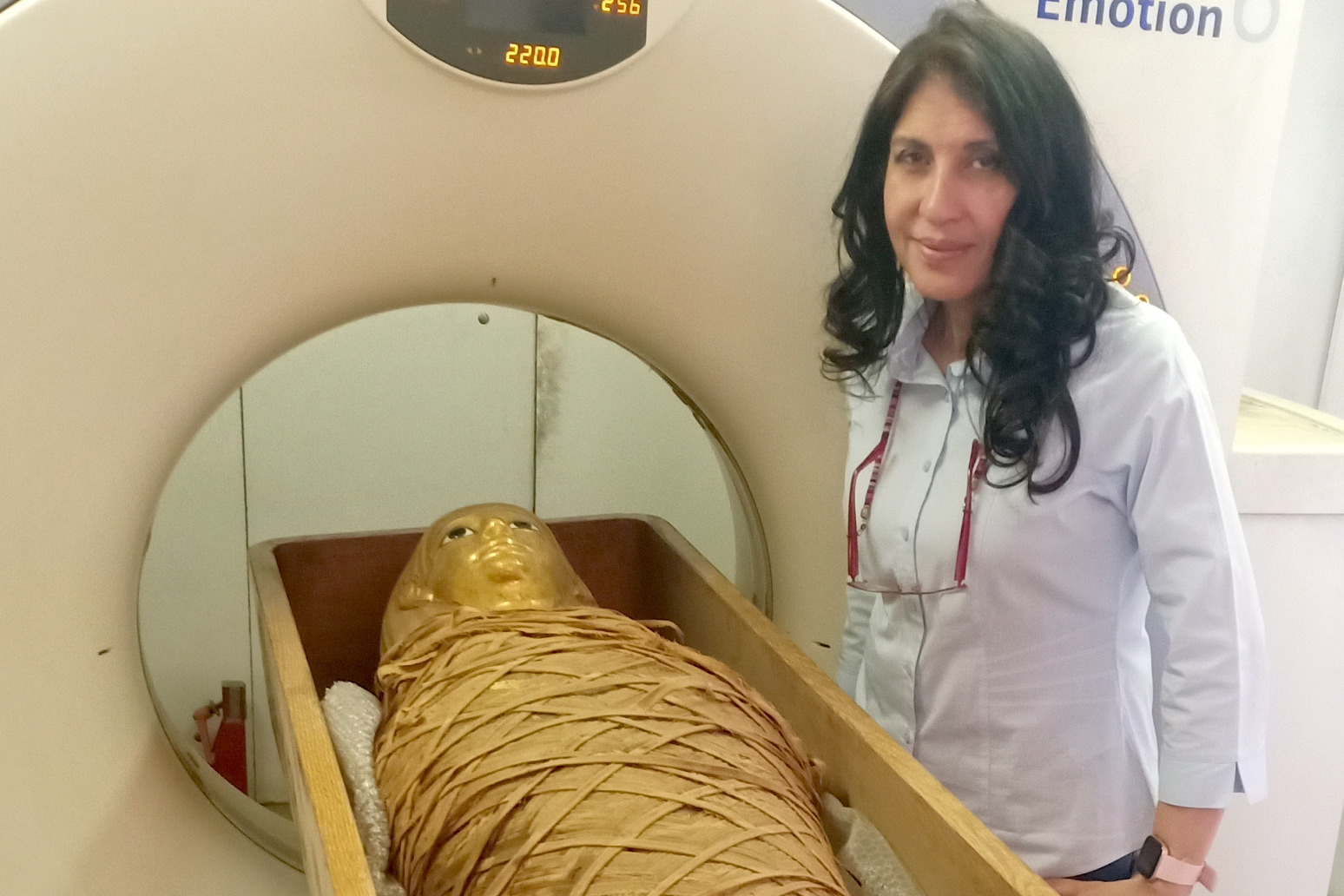 The perfectly wrapped mummified body of the Egyptian Pharaoh Amenhotep I has been seen for the first time in centuries after being digitally “unwrapped” with high-tech scanners.

Researchers have previously been unwilling to uncover the ancient ruler’s body because of its beautifully decorated wrapping with flower garlands and exquisite life-like facemask inset with colourful stones.

But thanks to the use of three-dimensional computer topography (CT) scanning technology, a new study has been able to examine the body for the first time.

Beneath the layers of wrapping, researchers discovered hitherto unknown details about his appearance and the lavish, unique jewellery he was buried with.

Egyptologists knew from decoded hieroglyphics that the mummy had been unwrapped once in the 11th century BCE – more than four centuries after his original mummification and burial.

But the experts believed the priests who restored and reburied him did so not only to repair damage done by grave robbers, but also to reuse royal burial equipment for later pharaohs.

However Dr Sahar Saleem, professor of radiology at the Faculty of Medicine at Cairo University and the radiologist of the Egyptian Mummy Project, and first author of the study – published in Frontiers in Medicine – said their findings debunked those theories.

She said: “This fact that Amenhotep I’s mummy had never been unwrapped in modern times gave us a unique opportunity: not just to study how he had originally been mummified and buried, but also how he had been treated and reburied twice, centuries after his death, by High Priests of Amun.

“By digitally unwrapping of the mummy and ‘peeling off’ its virtual layers – the facemask, the bandages, and the mummy itself – we could study this well-preserved pharaoh in unprecedented detail.

“We show that Amenhotep I was approximately 35 years old when he died. He was approximately 169cm tall, circumcised, and had good teeth. Within his wrappings, he wore 30 amulets and a unique golden girdle with gold beads.

“Amenhotep I seems to have physically resembled his father: he had a narrow chin, a small narrow nose, curly hair, and mildly protruding upper teeth.”

Amenhotep, whose name means “Amun is satisfied” – in reference to Amun, the ancient Egyptian god of the air – ruled from approximately 1525 to 1504 BCE and was first discovered in 1881 at an archaeological site in Deir el Bahari in southern Egypt.

Amenhotep I oversaw what has been described as a golden age in the civilisation’s history and, along with his mother Ahmose-Nefertari, was worshipped as a god after his death.

He was the second pharaoh of Egypt’s 18th dynasty after his father Ahmose I, who had expelled the invading Hyksos and reunited Egypt.

After his death, he and his mother Ahmose-Nefertari were worshipped as gods.

Dr Saleem said: “We couldn’t find any wounds or disfigurement due to disease to justify the cause of death, except numerous mutilations post mortem, presumably by grave robbers after his first burial. His entrails had been removed by the first mummifiers, but not his brain or heart.

“We show that at least for Amenhotep I, the priests of the 21 dynasty lovingly repaired the injuries inflicted by the tomb robbers, restored his mummy to its former glory, and preserved the magnificent jewellery and amulets in place.” 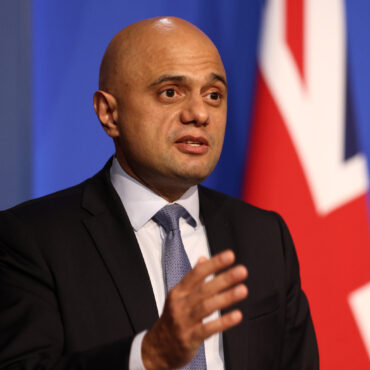 No further Covid restrictions in England before 2022

Saijd Javid has made the announcement following ministers reviewing the latest data The Health Secretary has said no further coronavirus restrictions will be introduced in England before the new year after ministers reviewed the latest data. Sajid Javid said “people should remain cautious” and urged those marking the start of 2022 to consider testing themselves beforehand and to celebrate outside, with the Omicron variant growing so fast that it accounts […]