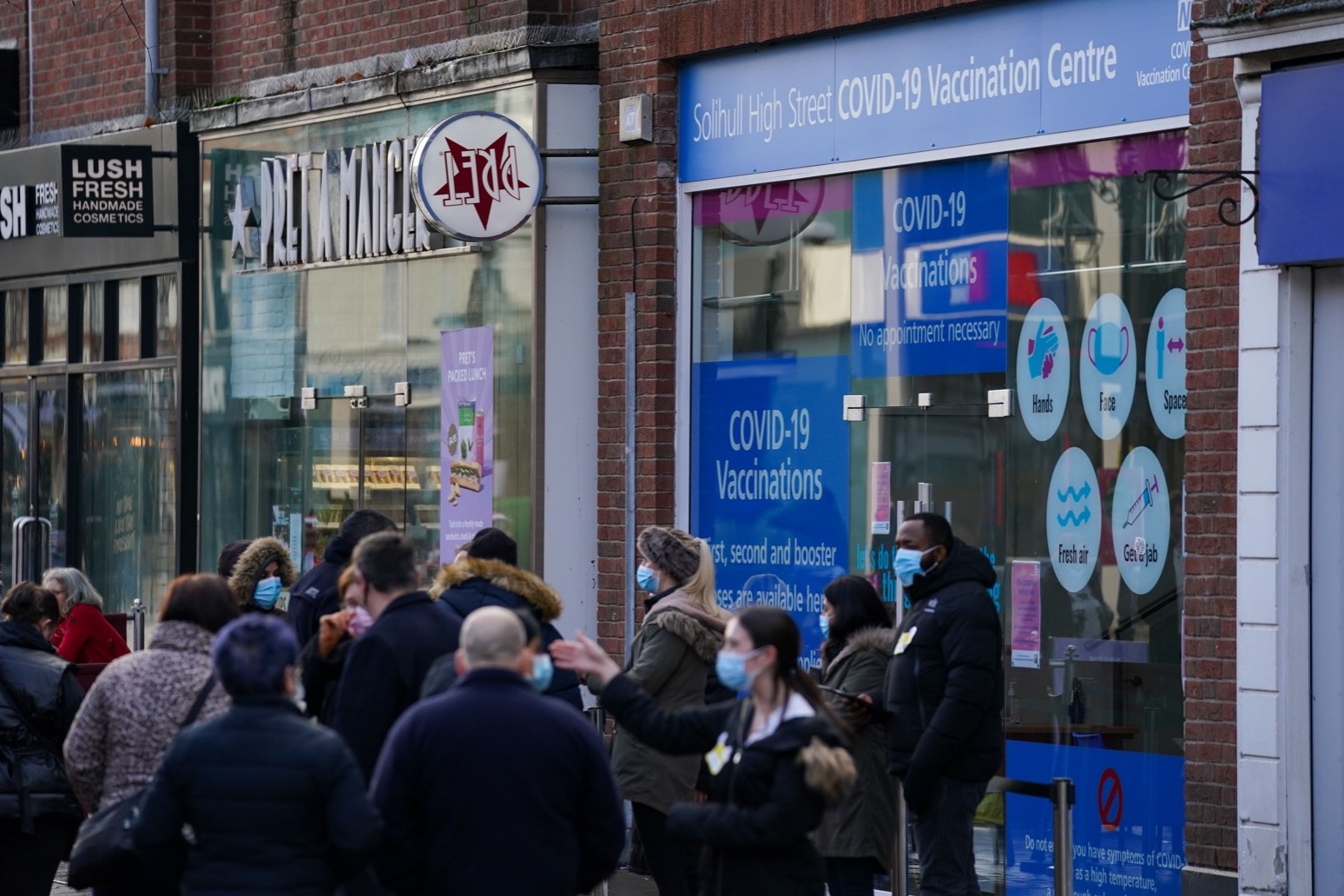 More Covid-19 measures may be needed to tackle the fast-spreading Omicron variant with the UK facing an “inevitable” large wave of infections, the chief medical adviser for the UK Health Security Agency (UKHSA) has said.

Dr Susan Hopkins said people will have to reduce social contact as much as possible, adding that lateral flow tests should be used before going out to meet anyone.

Her remarks came as Education Secretary Nadhim Zahawi said the UK is in a “race” to get the Covid-19 booster to eligible adults “as quickly as possible”.

He said Prime Minister Boris Johnson will be saying more about the booster programme “later today”.

The UKHSA said a further 1,239 confirmed cases of the Omicron variant have been recorded in the UK as of Sunday.

Mr Zahawi said there are people in hospital with Omicron, while Dr Hopkins also confirmed that they are getting reports of individuals going into hospital over the last few days with the variant.

She told BBC’s The Andrew Marr Show: “We’re also seeing hospitals diagnose more and more people coming through their emergency departments, and we expect to see increases in that number. I have not had a report of death yet.

“But it’s really important to remember it is just over two weeks since we first detected the cases in the United Kingdom, and that hospitalisations start to be seen in about two weeks and deaths usually at three to four weeks.

“I think it’s too early to make any assumptions at this point in time.”

Mr Zahawi told Sky News’ Trevor Phillips On Sunday programme: “It is now a race between the booster and that protection, and the Omicron variant.”

Asked what action is likely to be taken to increase the rate of booster jabs, Mr Zahawi said: “There is absolutely a plan, and the Prime Minister will be saying more on this.”

Mentioning that the booster programme has been opened to those over the age of 30 and that a team of GPs, pharmacies, the military and volunteers is being mobilised, he added: “We are over 20 million (booster jabs) already.

“We are now in a race to get all adults who are eligible for their booster jab to be boostered as quickly as possible, and the Prime Minister will be saying more about this later today.”

Speaking about what is ahead, Dr Hopkins said: “It’s inevitable that we’re going to see a big wave of infections. What we are not yet clear on, and which is what we are basically making sure people go out and get their vaccination for, is how much that will affect hospitals.”

She added: “I think we will have to reduce our social contacts as much as we can, which is the working-from-home guidance.”

She said more Covid-19 measures may be needed, adding that the Government has “very difficult” decisions ahead.

“I think that the restrictions that the Government have announced are sensible. I think that we may need to go beyond them. But we’ll need to watch carefully what happens with hospitalisations,” she said.

New modelling suggests that, under one scenario, almost twice the number of coronavirus patients could be admitted to hospital compared with last year due to the impact of Omicron.

Experts from the London School of Hygiene & Tropical Medicine (LSHTM) calculated figures which say a large wave of infections could occur over the next few months if tougher measures are not brought in.

Analysis by the UKHSA has found that the AstraZeneca and Pfizer vaccines provide “much lower” levels of protection against symptomatic infection with Omicron compared with Delta.

But the UKHSA said a booster dose gives around 70% to 75% protection against symptomatic infection with Omicron, as it urged people to have their boosters.

All eligible adults can book their booster jab two months (61 days) after their second dose using the NHS national booking system, getting their top-up in protection three months (91 days) on from their second dose.

The national booking system will open to everyone aged 30 to 39 in England from Monday.

Meanwhile, double-jabbed people identified as a contact of someone with Covid-19 in England will be told to take a daily rapid test for seven days from Tuesday.

Unvaccinated adults are not eligible for the new daily testing policy and they must self-isolate for 10 days if they are a contact of someone who tests positive.

The daily testing aims to reduce pressures on people’s everyday lives by replacing the requirement for Omicron contacts to isolate for 10 days, the Department of Health and Social Care said. 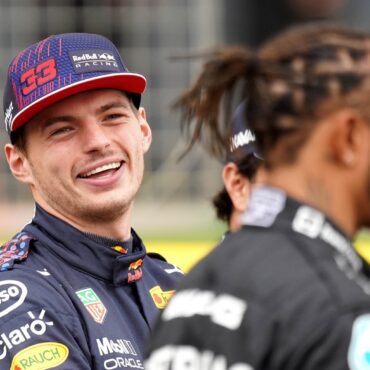 Max Verstappen prevailed in his final-race shoot-out with Lewis Hamilton to claim the Formula One world championship after a dramatic final lap. The Red Bull driver looked out of the season-ending Abu Dhabi Grand Prix at various points but, after a safety car came on to deal with a Nicholas Latifi crash, he was given a reprieve. He changed his tyres during the delay and, after lapped cars were allowed […]