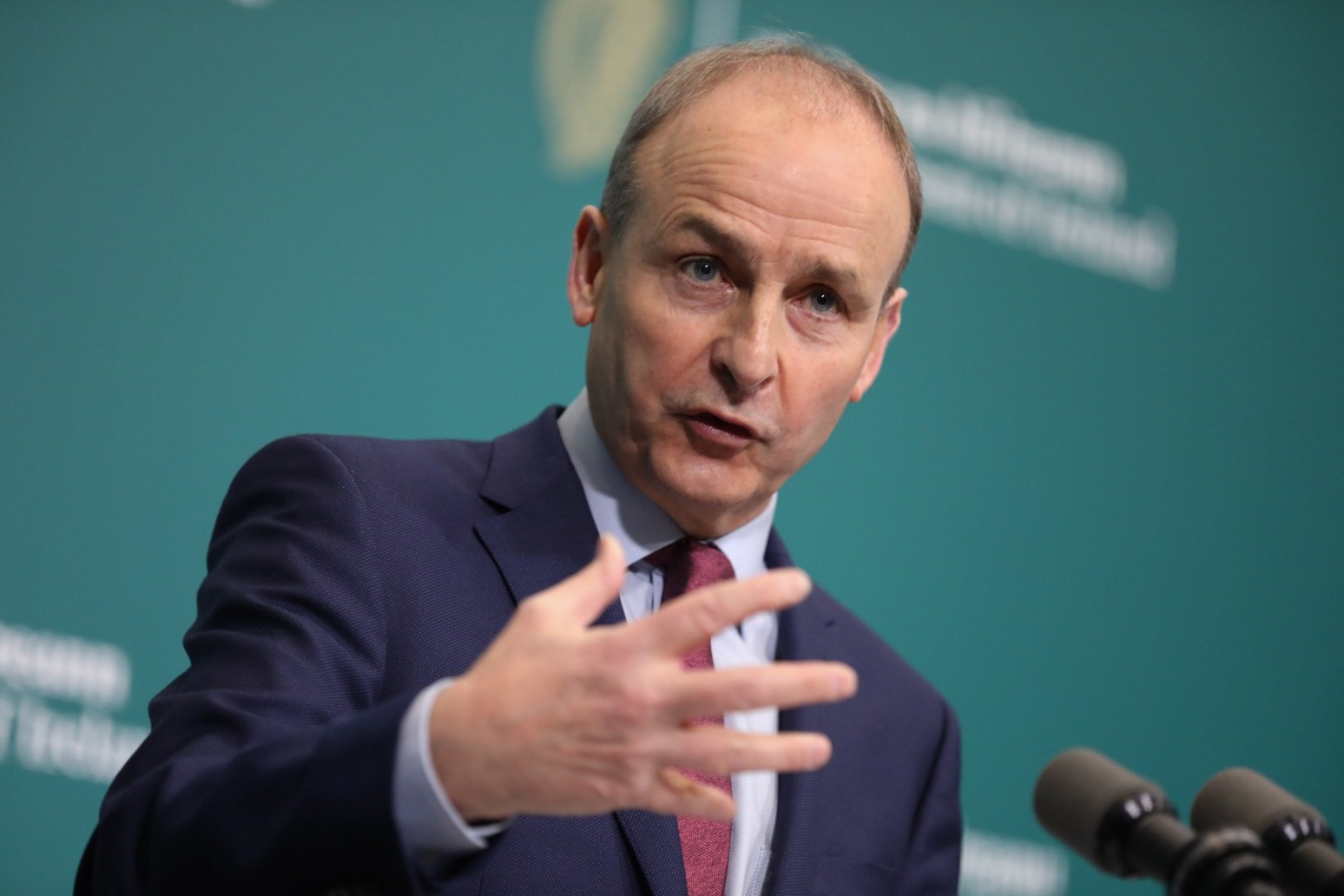 A range of restrictions will be in place from December 7 to January 9, including the shuttering of nightclubs and new limits on household gatherings.

It comes amid concern about increased socialising at Christmas and the threat posed by the new Omicron variant of coronavirus.

In a national address on Friday, Mr Martin said: “The risks associated with proceeding into the Christmas period without some restrictions to reduce the volume of social contacts is just too high.”

Among the measures taking effect from next Tuesday are the closure of nightclubs and strict social distancing requirements for bars and restaurants.

The rules will see the hospitality sector largely revert to the situation before October 22, with a maximum of six adults per table and no multiple table bookings.

Mr Martin also said there will now be a maximum of 50% capacity at entertainment, cultural, community and sporting events, which must all be fully seated.

Use of the Covid-19 pass will also be extended to gyms, leisure centres and hotel bars and restaurants.

Visits to private homes, he said, should be limited to a maximum of three other households, although he acknowledged the need for “flexibility”.

“My message this evening is a difficult one,” he said.

“I understand and I share the disappointment and frustration this will cause for many of you.”

Mr Martin said that the new Omicron variant of Covid-19, as well as extra socialising at Christmas, was a major cause for concern.

But he said: “This is not about going back to the days of lockdowns.

“Across the country, very many people in the hospitality and entertainment industries will be bitterly disappointed by this news.

“Many of them will be fearing for their livelihoods.

“I want to reassure them that, just as we have done since the beginning of the pandemic, the Government will stand by them and ensure that they have the financial supports necessary to weather this latest storm and to stay intact until we are out of it.”

He also said that not enough was yet known about the new variant, which has prompted concern worldwide.

“Further study and examination in the weeks ahead may discover that Omicron does not represent a more deadly threat,” he said.

“And if that is the case, it will come as a great relief to us all, but we simply cannot take that risk with people’s lives and health.

“Throughout this Covid journey there have been many twists and turns. This latest twist is disappointing, but we are nowhere near back where we were.”

Earlier, the Government was warned that the number of Covid-19 cases could surge to 15,000 a day after Christmas if the Omicron variant becomes dominant.

The National Public Health Emergency Team (Nphet) said that the new variant could drive up cases during increased social activity over the Christmas period.

In a letter to Government, Nphet said that greater socialising combined with the impact of Omicron could pose a “very real but as yet unquantifiable risk” to the management of Covid-19 over the coming weeks.

Health officials said this presents “serious challenges” in the weeks ahead, adding that it is “impossible” to quantify the level of risk and its impact.

In the letter, chief medical officer Dr Tony Holohan said that if social contact can be maintained at current levels or marginally decreased, the level of infections per day will remain below 5,000.

However, if social contact increases to levels seen in December last year, cases could surge to between 6,000 and 8,000 cases per day in early January.

If infection-induced immunity is low or evaded by the new variant, a “very large surge is possible”, peaking at 8,000 to 15,000 cases per day, Nphet added.

In a pessimistic but “plausible scenario”, Nphet said that between 750 to 1,300 people could need hospital care and up to 400 people would require critical care.

Earlier this week, the Government agreed new rules on travel that would see all people entering Ireland required to show a negative result on a professionally-administered antigen test 48 hours before arrival, or on a PCR test 72 hours before arrival.

The rules also apply to travellers from Great Britain.

Ireland has so far confirmed one case of the new Omicron variant.

“My officials will discuss its implementation w/stakeholders asap.”

Sinn Fein leader Mary Lou McDonald was highly critical on Friday evening of the approach taken by the Government.

“We said to them at months ago that it was a mistake to stop contact tracing in schools.

“We said to them that we needed widespread access to antigen testing.”

“We and others said that the issue of ventilation in schools and beyond was essential,” she told RTE News.

She said she supported any measures to keep people safe, but called for a “dramatic and fundamental change” in Government handling of the pandemic. 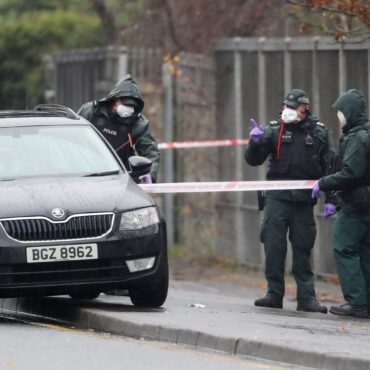 A fresh appeal for information has been made on the third anniversary of the murder of Jim Donegan. The 43-year-old was shot dead outside a school in west Belfast as he waited to collect his teenage son on December 4 2018. He was sitting in his red Porsche Panamera in Glen Road when he was attacked. A murder inquiry to find the lone gunman police believe carried out the killing […]