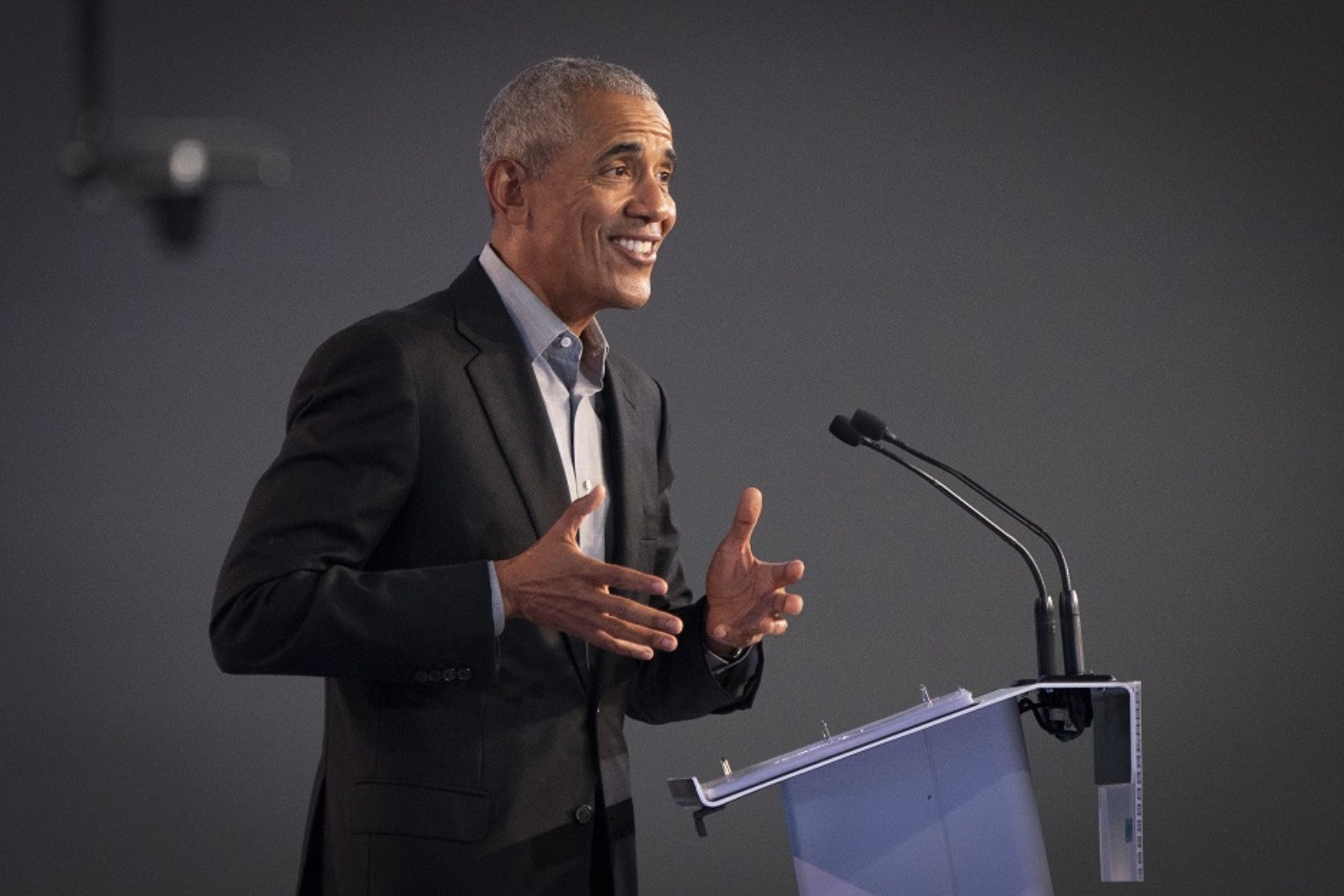 Former US president Barack Obama has urged climate activists to “do a little more listening” to those reluctant to take action.

Speaking at Cop26 in Glasgow, President Obama told delegates it would not be enough to “inconvenience (sceptics) by blocking traffic in a protest”, and that work should be done to understand why normal people do not want to see such fast action on climate change.

Groups including Extinction Rebellion and Insulate Britain have been criticised for blocking traffic in protests they have used to draw attention to the effects of climate change and the environmental impact of inefficient heating.

“Protests are necessary to raise awareness, hashtag campaigns can spread awareness,” he said.

“But to build the broad-based coalitions necessary for bold action, we have to persuade people who either currently don’t agree with us, or are indifferent to the issue.

“To change the minds of those fellow citizens in our respective countries, we have to do a little more listening.”

He added: “We can’t just yell at them, or say they’re ignorant.

“We can’t just tweet at them, it’s not enough to inconvenience them through blocking traffic in a protest – we actually have to listen to their objections and understand the reluctance of some ordinary people to see their countries move too fast on climate change.

“We have to understand their realities and work with them so that serious action on climate change doesn’t adversely impact them.”

Work must be done, the former president told delegates, to understand the impact of rapid de-carbonisation on normal people.

“It is true – a lot of climate opposition comes from fossil fuel companies trying to make a buck, despite the green ads they run on TV,” he said.

“It is true that there are climate deniers out there who for ideological reasons you will never convince.

“We have to think about the mother in India who, yes, will suffer droughts and floods made worse by climate change, but whose more immediate concern is getting electricity so her children don’t have to sit in the dark and can’t do their homework.

“You can’t dismiss that concern – there are workers and communities that still depend on coal for power and jobs and yes, they are concerned about maintaining their wages – that’s not unreasonable for them to be concerned about that.”

Moving away from fossil fuels, the former president said, will have a cost, but it was for the more developed nations to ensure “the people most effected by the transition to clean energy aren’t the ones baring most of the cost”.

“They don’t have any margin for error,” he said.

“I can afford to give up a lot of my current lifestyle to benefit the planet, because I’ll still have a lot leftover – a lot of folks don’t have that cushion.”

He added: “Any climate plan worth its salt has to take these inequities into account – whether its through subsidies to poor people to ease the transition to clean energy, whether its technology transfers that help poor countries meet their development goals by leapfrogging dirty fuels – we have to pay attention to those embedded inequities and the politics that surrounds that.” 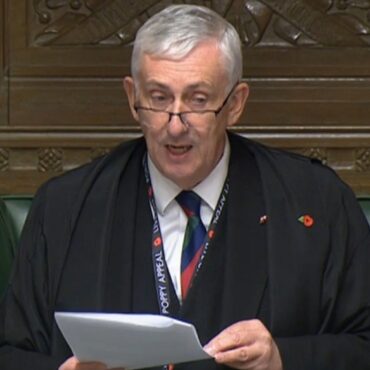 Sir Lindsay Hoyle says they need to have confidence that the system for disciplining members is 'fair and effective' MPs need to have confidence the system for disciplining members who break Westminster rules is “fair and effective”, Commons Speaker Sir Lindsay Hoyle has said. At the start of a three-hour emergency Commons debate following the row over the treatment of former cabinet minister Owen Paterson, Sir Lindsay said it was […]