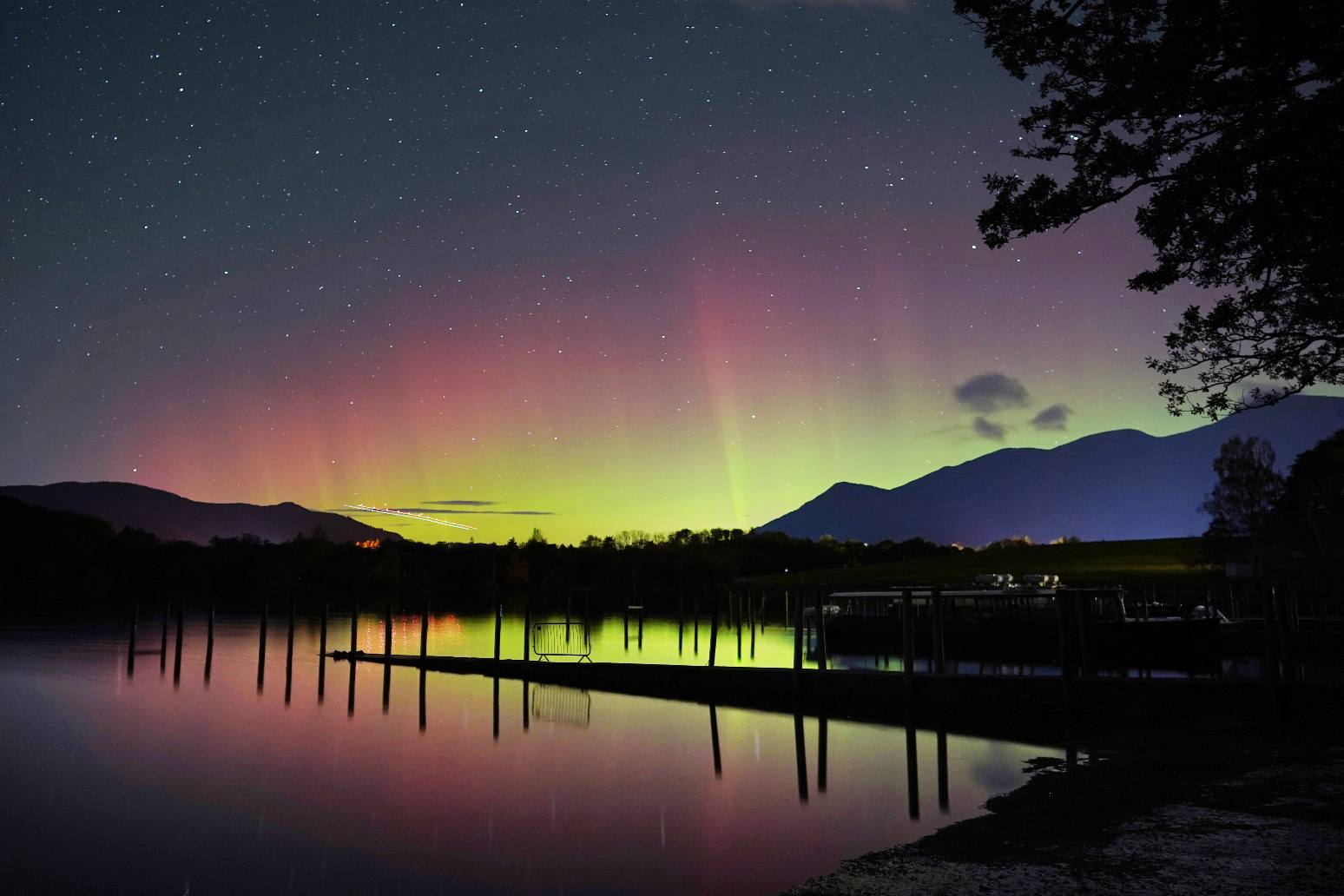 Aurora-watchers have been rewarded with a spectacular display of the Northern Lights in dark spots across the country.

The natural phenomenon was visible to the naked eye as far south as Devon on Wednesday night, due to a particularly strong solar flare.

PA news agency photographer Owen Humphreys was treated to a stunning display of orange, pink and yellows in the sky above Derwentwater in the Lake District.

He said: “This was one of the best I have seen in the UK for years.

“The reds and the greens were really vibrant and makes up for all the times we go out in the middle of the night and don’t see anything.”

Aurora-watcher Julie Winn from Hexham, Northumberland, drove an hour into the Scottish Borders to find a dark patch of sky away from light pollution, and was delighted with what she saw.

She said: “It was better than I have seen for a long time, clearly visible to the naked eye, with subtle colours of pink and green above.”

Miss Winn, a volunteer at the Kielder Observatory, explained the Aurora Borealis phenomenon was particularly strong as a large solar flare, known as a Coronal Mass Ejection, was detected last week bursting from the sun.

Particles from the flare interact with the Earth’s magnetic field, causing them to energise and create photons of light, she said.

She was unable to say if there would be a repeat performance on Thursday night, saying: “It’s so hard to predict.

“It might have fizzled out, it could come stronger.”

For some, such as Paul Spackman, 54, this was the first time they had been able to see the phenomenon.

The graphic designer, from near Ennerdale in Cumbria, said he had been using apps for five years in an effort to catch a glimpse.

“I use a couple of apps on my phone which let me know the likelihood of seeing the Northern Lights.

“I’ve been getting a lot of amber alerts over the last week or so but not not had any luck seeing anything.

“Last night when I got a red alert on both apps I popped on my dressing gown and went into the garden and spent some time scanning the sky.

“I was amazed at what I saw… I’ve never seen them before but I’ve always wanted to ever since I was young and was hoping one day to visit Norway to see them.

“Hard to put into words really, but it gave me goosebumps all over.” 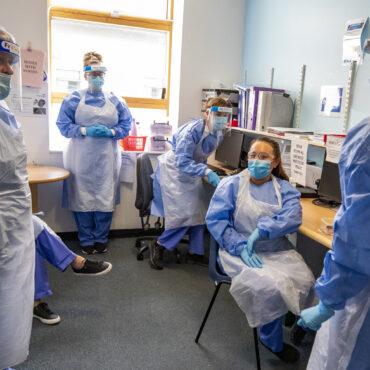 Record shortfall in number of nurses in Scotland

That's according to analysis by the RCN Scotland union Scotland has a record shortfall in the number of registered nurses required to staff the NHS, the Royal College of Nursing has warned. Analysis by the RCN Scotland union found that the difference between the required number of nurses and the full-time equivalent (FTE) who are registered has grown to 3,438. The gap has risen from 1,613 in June 2015 – […]